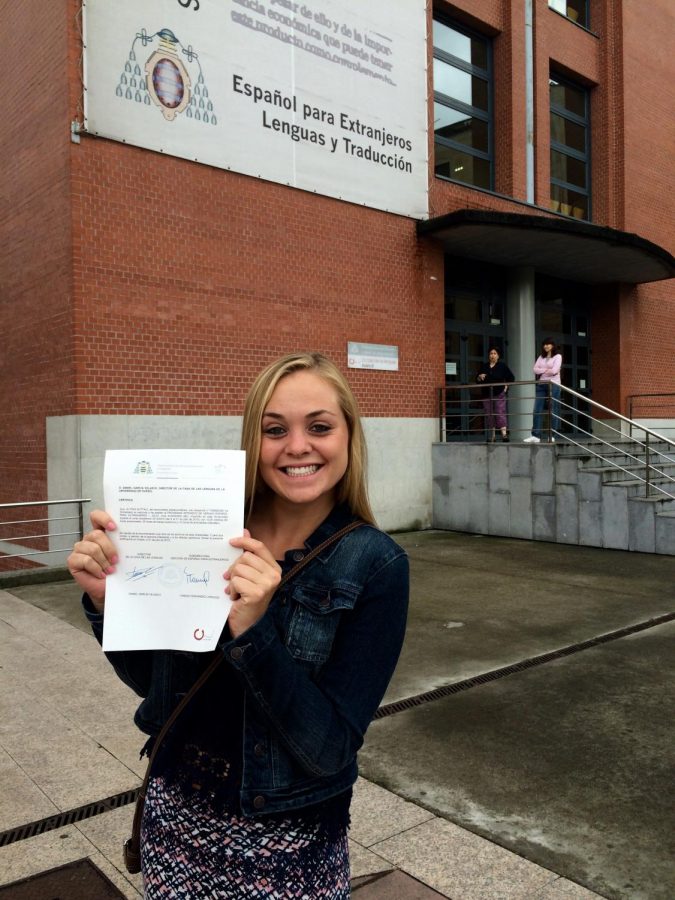 Marveled by the intricately-crafted stone buildings, the aroma of freshly baked bread, and the chatter of pedestrians, Alyssa Nuttall, an English 1 teacher, navigated her way through the foreign land that helped her secure a plethora of knowledge regarding the language she so adores.

“I’ve always been interested in language in general. When I got into middle school, I was introduced to Spanish and I immediately fell in love with Spanish. I took it in sixth, seventh, and eighth grade and then all four years of high school as well. I just find it really intriguing,” stated Nuttall.

During the span of July 1 through August 5, 2015, Nuttall, who was twenty years-old at the time, embarked on a journey to Oviedo, Spain with eleven other students from her school at the University of Missouri. Nuttall attended two courses at the University of Oviedo before the beginning of her junior year to earn her Spanish minor. Nuttall also experienced many linguistic and academic challenges during her time in Spain. 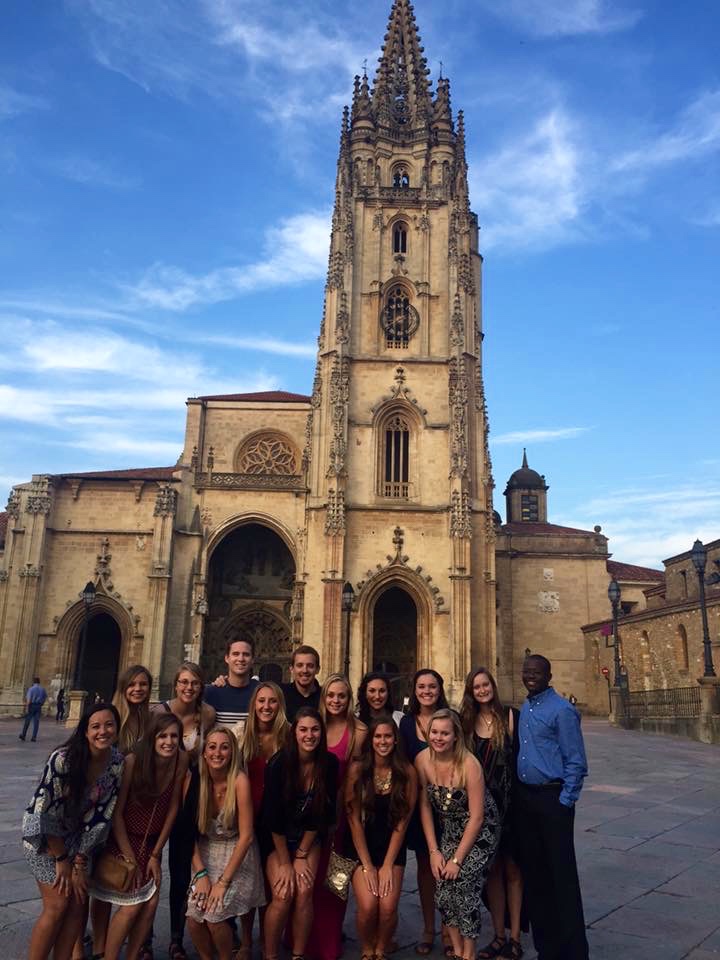 During her first few years of college, Nuttall did not originally anticipate studying overseas until a surprising exchange with her best friend.

“My best friend and I were living in an apartment together one summer at Mizzou and we were just joking about Study Abroad. Study Abroad is a program run through the University of Missouri and a professor sponsors it. We were like, ‘We should totally study abroad and it would be so cool to go to Spain to finish our minor.’ We called our dads just to see what they would say and they both said yes! We were mind-blown because we didn’t think they would actually say yes, so we picked the Study Abroad program for Spain,” said Nuttall.

After Nuttall’s application was approved by her Spanish professor, she began contacting her assigned host family through Facebook to sort out the details regarding her retrieval at the train station in Oviedo. Nuttall’s original perception was that a blonde lady was going to meet Nuttall once she arrived in Spain. Much to Nuttall’s terror, a different person was waiting for her on the platform.

“Once we got off the train, we got to the lobby and all of a sudden, we were being snatched up by our host families. I looked and there was not the blonde lady I was supposed to be going home with. It was this old man and he knew my name and what I looked like. So, I’m like, ‘This has to be who I’m supposed to stay with, but I don’t know this man!’” stated Nuttall.

Nuttall then boarded a taxi with the gentleman who was later identified as the father of the blonde lady. The elderly man was attempting to describe the town of Oviedo when Nuttall had an alarming realization.

“He was trying to tell me everything about the town when we were in the taxi, but Oviedo has a different dialect than the rest of Spain. There is a dialect that he was using that wasn’t used by most people, just the older population. I definitely had a panic attack when I realized that I couldn’t understand him,” Nuttall described.

During the following weeks, Nuttall was forced to navigate through many linguistic difficulties concerning getting acquainted with the two elderly parents and their daughter in which the host family was composed of.

“I remember waking up and I heard them [the host family] talking and I could understand them at this point because the daughter spoke the normal Spanish dialect. I heard them saying, ‘She doesn’t know anything,’ and they were talking bad about me. That was hard to take in,” said Nuttall.

After Nuttall felt settled in her temporary home, the situation with her host family began to improve.

“We would have conversations and they would come into my room and bring me chocolate or have me sit down and watch shows with them. The funniest thing was every time I went out, I would leave a little note saying where I was going. Every time I came back, the little grandma would say ‘Come here,’ and correct my notes for me. They were very caring, and I think at first they were just a bit concerned because they didn’t know how to communicate with me,” stated Nuttall.

When Nuttall was not exploring the depths of Spain or conversing with her host family, she was fulfilling her Spanish minor by attending classes at the University of Oviedo. Nuttall definitely felt the complexities with taking two one semester-long courses in only one month.

“It was a lot of material all at once, and we’d go and take the test and we were like, ‘I don’t know anything!’ We were all very worried that we weren’t going to pass the class and waste all of our money going to Spain, but we did just fine in the end,” Nuttall described.

Ever since Nuttall returned to the United States from Oviedo, she has been able to implement her valuable knowledge of the Spanish language into her career as an English teacher.

“It [Spanish] does help me connect with my students. I do have a large population of students who speak Spanish. I think when they know that I know part of their culture, it makes them feel more connected to me as a teacher. They also feel more comfortable in my class because I understand the challenges of learning a new language. I think that is the biggest benefit of it,” said Nuttall.