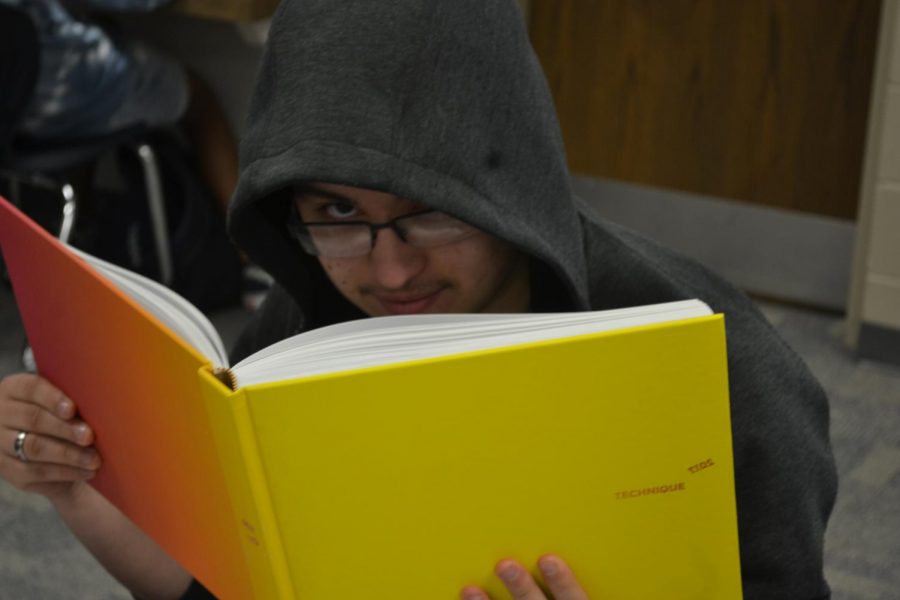 While other districts have banned controversial books, students in MISD have many options as to what they are permitted to read.

While reading Harper Lee’s To Kill a Mockingbird, students’ eyes are constantly roaming over the derogatory n-word. While the book did have a positive motive of addressing the prejudice against African Americans and encouraging societal change during that time period, it is banned in school districts due to the multiple controversial topics in the novel.

AP English teacher, Lisa Cole, explains that some reasons certain books are banned can be because of profanity or because of content that may strike offense to a specific group of people.

Parents are able to report or make a complaint to the school board about things they disagree with in the school environment. Cole says that this has happened before in Mansfield ISD when a parent tried to remove a book from the teaching curriculum.

“Parents once complained about Of Mice and Men, and a teacher argued in front of the school board to have it stay, and so we won that one,” Cole said.

Cole is strongly against the banning of books. She believes that books are written to educate people, even if the material may be viewed as controversial or offensive. According to Cole, students should choose for themselves the books that they believe are suitable for their maturity level.

“There is no benefit whatsoever to banning books. I think it’s helpful for a teacher to guide students through difficult or controversial material. That’s the one place that it is beneficial to read because I think that helps kids understand perspective and understand material better. So, I don’t believe in banning books. I believe in age appropriate material, of course, but I think books educate us and we learn from them. Let kids decide for themselves what they think,” Cole said.

However, while she is against the banning of books, Leigh-Ann Smith, AP US History teacher, says that books can sometimes be risky to read for certain age levels.

“I think that certain books should be held for certain age groups. I think sometimes we introduce a book to people who are too young before they are ready to interpret the content or stance of the book. That can be harmful,” said Smith.

Sophomore English Teacher, Rachel Minier, understands Smith’s point. Minier believes that people want to avoid any possible problems that can be caused by mature books, so they choose to remove it from the school environment. 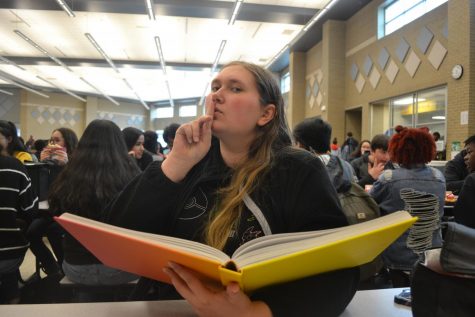 Lecity OmagbonA student suspiciously reads a book that is most likely banned at their school.

According to Minier, the district is very careful about the books they approve. Each book pertains to the maturity of students in a grade level.

“There are some books that they do not want you to teach as a whole class, but could be done in like book circles or book clubs. It just depends on how you are going to use it, as to what they approve it for. The district tries to deem what is appropriate for each grade level. They would not approve something for freshman level that they might approve for seniors,” Minier said.

Similar to Cole, Minier is also against the banning of books. Minier says that it prevents important discussion that could actually be educational and useful to the student in the long run.

“I don’t think there are any benefits to ever banning a book. I think it’s through literature and discussion that you start to explore these controversial topics and it allows for educated conversation, as opposed to people just arguing over opinions,” Minier said. “It limits what people are exposed to. It limits what they might be interested in or learning experiences and room for people to grow and mature.”

Freshman Noah Nurse believes that the prohibition of books should not be allowed because people at a certain age have the right to read what they would like.

“I don’t think districts should ban books because personally, I’m against censorship and especially in high school. I think students are old enough to know about the world. People should read want they want. I go to the library and read books every day and if a book I wanted to read was banned I’d just think the school is being ridiculous,” Nurse said.

Some parents and teachers want to protect their children and students from things that are believed to be morally wrong, such as swear words, eroticism, or violence. Nurse says that he does not mind a book that has swearing in it because the book can still be very enjoyable.

“Last year, I went to this one school where they had a list of top 10 books that are banned. Two in particular, I noticed, were Rainbow Rowell’s Eleanor & Park and Little Bill. I especially noticed those two because with Eleanor & Park, they had things like swearing. But I didn’t really mind because I thought it was one of the best coming-of-age stories I ever read,” Nurse said.

Additionally, Nurse believes that good literature work should should be disconnected from an author’s action because there have been many past writers who have been problematic, but their work is still read in schools today.

“Little Bill, the reason that they listed it was because of the author and the stuff with Bill Cosby. I really think people should separate the work from the author, or otherwise, we wouldn’t be able to study specific classics in school. Yeah, those authors from the past produced great work, but again, there were authors that were racist, sexist, homophobic, or abused women,” Nurse said.

Cole says that in Mansfield ISD, the district officials have the most control over the approval of books that can be taught in school. However, Cole believes that as a teacher, she does not really have control of what students choose to read outside of school.

“In a school district, they have administrators that are in charge of curriculum and generally, they make the ultimate decision whether or not a book should be included on a list. There is a list of approved books on our website and on the MISD main website. We actually read a lot of banned books in MISD. If a book is banned from a school district, then teachers are not allowed to teach them in the classroom. If your parents allow you to read it, I certainly can’t interfere with that,” Cole said.

Many people fear that educating students on controversial topics can have detrimental effects and should be withheld from the classroom setting. However, to those with the opposing view, they believe it is restricting students’ freedom to read and also limits their ability to be more open-minded.