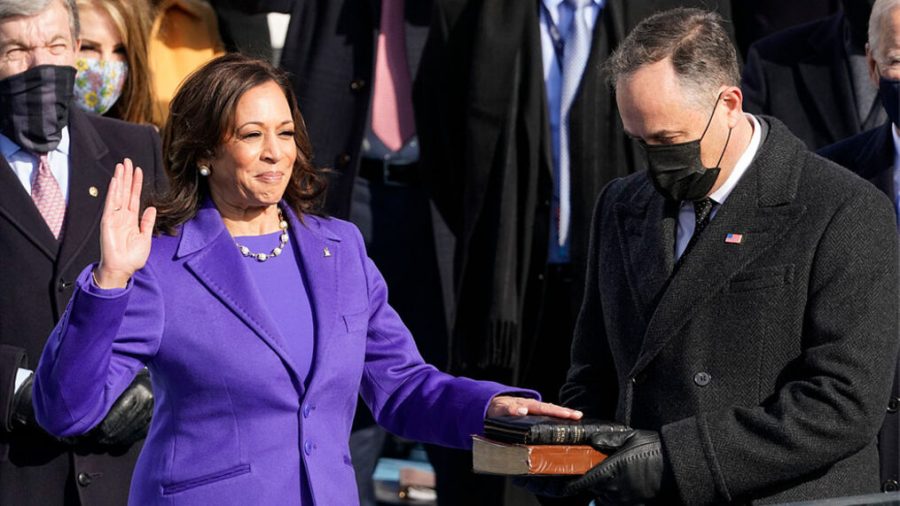 Many young children long to hold a title as powerful as the Vice President of the United States when they are older, but many have also wondered if this is even possible due to lack of representation over the years in office. With America’s 46th Vice President, Kamala Harris, a woman of Jamaican and Indian origin coming into office, this marks the first time in history that a woman and person of color has held such a title in the United States.

Many Americans feel that these changes are a step in the right direction in terms of healing the country and representation for people of different ethnic backgrounds. Junior, Kyah Branch, looks forward to the next four years under the Vice President and is excited to see someone that looks like her in a position of power.

“It feels like a step towards a more inclusive America.  By showing inclusivity, you make inclusivity the norm. This really just shows future and past generations that America is a melting pot and that it takes all demographics to make this a successful country. She’s letting young people know that no matter your ethnic background, you can still bring poise and power to a nation that needs those two things the most right now. I think it’s absolutely amazing to see someone who represents me hold such a high position of power,” says Branch.

“I’m excited and pretty hopeful about Kamala and what she can accomplish, and with this new presidency, you could already see the immense change in professionalism and empathy. Although I think our government is long overdue for a more diverse population, it’s still very inspiring to see. It is important because it paves the way for sticking to the old white cis male authority figure. In the government, we need people of all different backgrounds,” said Hernandez.

America has seen a lack of overall representation for women, especially in the White House over the years. Junior, Jersey Madu, is relieved that the country has come to a point where a woman can hold such a powerful position.

“Having a woman of color in a position of power is reassuring in that it brings a sense of relief and protection. Her accomplishment is inspiring to not only women but people of color because of the years of discrimination towards both groups. Women were seen as inferior to males for a multitude of years, but now we see how far women, as well as people of color, have come,” says Madu.

The vice president is just beginning her term, nonetheless, Americans are optimistic about the changes that are soon to come. Many are hopeful that these changes are a step in the right direction in terms of the country’s representation for all people.