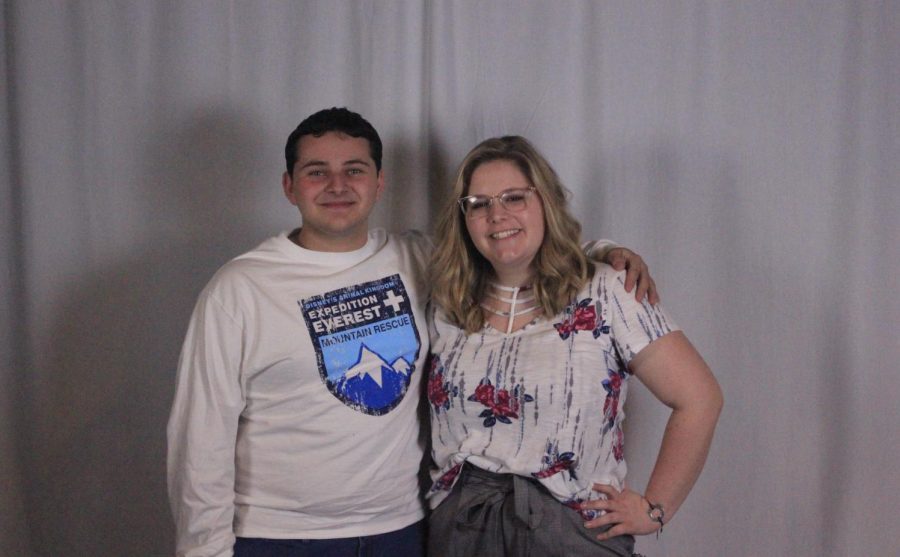 People ask, “What kind of legacy do you want to leave behind?” or “How do you want people to remember you?” It’s safe to say Lexi Taggart, sophomore, and Brandon Gentry, senior, will no longer have to wonder the answer to that question. Taggart and Gentry are the first to make it to the fourth round in the Area Choir competition.

With this being the first time his students have made it this far in the competition, Philip Glenn, Choir Director, is exhilarated about having two of his students advance this far.

“It’s really exciting because it’s the first time we have had students to make it to the fourth round here since we opened, it made me very proud that they worked that hard because it takes a lot of effort to get to that level of musicianship and talent,” said Glenn.

Being an underclassman comes with difficulties in still adjusting to high school, but Taggart showed what she is capable of accomplishing. Each round increased in intensity, but Taggart was prepared and every practice proved itself productive in her performances. The doubt along her journey only pushed her to be to better and strive to reach the top leaving Taggart to feel rewarded.

“I had a lot of after school practices, most of my choir period was spent practicing music and sight reading and I also had to do my own practices at home. It’s not preparation, but making sure my voice stays to the point where I can compete. You put so much work into practicing throughout the whole entire first semester and then getting to make it to that last round and to potentially make it to state is really rewarding. I don’t think anyone doubted me more than myself but that doubt kinda helped me to keep going because believe it or not, when you have that stress, it makes you want it more,” said Taggart.

Glenn is very proud to see Taggart come this far and only sees her rising from her current skill level. She has shown him what she can do and how dedicated she is to bettering herself and desires to accomplish more throughout her career. He can’t wait to see what she is going to do next.

“She is a really focused, hard worker and has already shown by moving up each round, she is willing to put in the work. I just see her developing more and more as a musician,” said Glenn

As a senior, Gentry ended his high school year impacting his school’s history as well. Throughout his journey in choir, people doubted him not thinking he would make it to where he is now. But he had his parents and close classmates to motivate him to persevere through the negativity.

“It’s intimidating knowing I’m making school history but its neat to see the mark I’m leaving. It took many hours of rehearsal, shifting schedules around for practice, dedication and hard work to progress to round four, and improve my sight reading and learning how to use my voice to make it crisper but it was worth it. People used to doubt me in the earlier year, but they knew this year, as did I, that I was capable of progressing. I hope the legacy I leave behind will inspire others to try after me,” said Gentry.

In Gentry’s high school career, Glenn has watched him grow into the musician he is today and is proud to see how far he has come.

“He has grown from his very first competition to now, he is a very polished musician,” said Glenn.

Taggart and Gentry have accomplished something unique leaving their mark on the school and have set a bar for future vocalist to try and surpass.