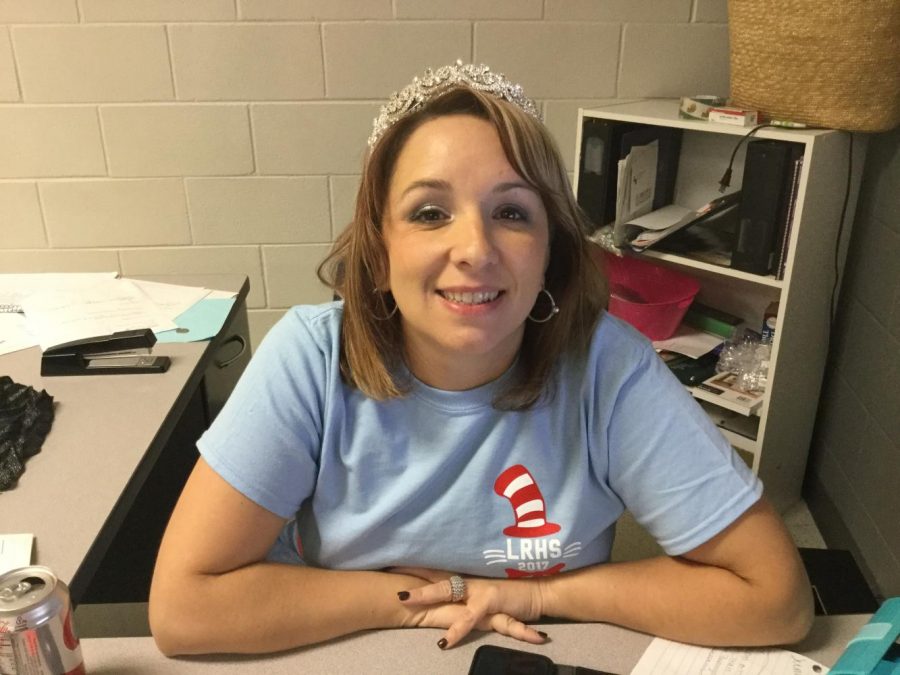 Lake Ridge’s Student Council is responsible for many of the events, posters, and other goings-on around school. Though the organization is student led and run, just like any other club or organized group they require an adult sponsor. For Lake Ridge, that sponsor is Hannah Stinson.

“I’ve been at Lake Ridge since it opened in 2012, but I started out as Avid Coordinator. I did that for three years and when Ms.Walker left, I took her place as Student Council sponsor,” Stinson said.

A school as big as Lake Ridge has many different activities students can participate in, but Student Council was something Stinson wanted to do.

“I chose to sponsor student council because it’s fun. It’s about school spirit and it’s something I knew I would enjoy,” Stinson said.

Stinson mainly acts as an overseer to the organization. The majority of StuCo is in the hands of its members but her communication with the leading students is what makes the organization function.

“My job is to organize the students to organize different events on campus. We do Homecoming, Beak Week, Toys For Tots, Pink Out, all the pep rallys, a blood drive, and more,” Stinson said. “Other than that I count votes and place orders. Designs and themes are picked and created by students.”

This time of year, Stinson is knee deep in planning for homecoming. She devotes much of her time to preparing the event for Lake Ridge. Since her high school was shut down in 2009, being able to celebrate at Lake Ridge with all her students makes up for that.

“I went to Texas Christian Academy. My high school is no longer in existence because it’s now a parking lot for the Dallas Cowboy Stadium,” Stinson said. “I do enjoy celebrating with Lake Ridge though.”

Stinson’s best experience with homecoming at Lake Ridge was in 2015 during her first year as Student Council sponsor. Her son, who was five at the time, got to help crown the homecoming king and queen on the field and he “looked precious” while doing it.

Justin Kahl, Student Body President, has worked closely with Stinson since he first joined student council as a sophomore.  Kahl believes she has had a positive effect on his life as a teacher and mentor.

“Mrs. Stinson has been a role model to me and other students I know in StuCo. She was my first student council teacher and was kind of the first person that was there for me and encouraged me to get involved,” Kahl said.

Kahl believes that Stinson’s positive attitude and presence has been contagious and not only changed her students but changed the organization from the way it was first run.

“Every teacher does it different but with her we have a different kind of atmosphere. It’s fun and easy going and she tries to encourage everybody to be hands on and really have school spirit,” said Kahl.

Mrs. Stinson has been an influential force at Lake Ridge in and out of the classroom. She is a strong advocate for school spirit and continues to pass that legacy on to the students under her care.