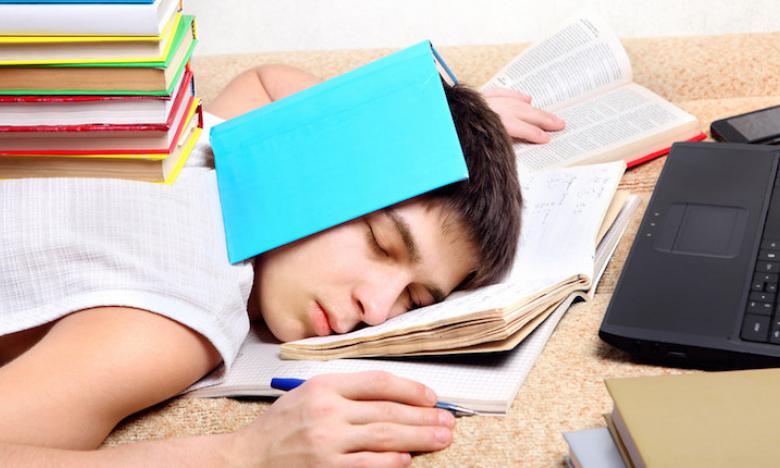 With finals just around the corner, it is time to figure out how to prepare. After all, the final exams are worth 20 percent of your grade for the class. So for those newcomers that have yet to take those dreadful tests, here is some advice from people who have already taken the finals that are quickly approaching.

While there are plenty of reasons for students to not do well on the tests, one very prominent reason would be procrastination. It’s the one habit that proves to be the most ineffective and leads to students trying to cram all the information in a single night. Many students like to study everything over the subject the night before; thus, causing stress and panic that can lead to blank stares and confusion on test day. According to sophomore, Kennedy Frick, finals are very stressful on their own, so worrying about those tests and how prepared you are will only make the demanding exams even worse.

“Waiting until the last minute to cram information over the test provides yourself with unnecessary stress. And stressing yourself over the finals will only make it worse, so try to take a breather and take it step by step,” Frick said.

You can google many study habits and find that almost all of them claim to be the most effective. Taking Cornell Notes or reading the review endlessly that the teacher has provided may prove to be very helpful; however, for sophomore, Anna-Kate Collier, making flash cards is her most successful way in preparing for finals.

“I like to make flashcards, they help me memorize things that I struggle with. I also like to ask my teachers for help when I don’t understand a concept or create a study group with friends so that we are accountable for each other,” Collier said.

Exemptions are like a gift or miracle that have graced the students of Lake Ridge for those eligible to receive them. They are like the golden ticket from Charlie and the Chocolate Factory. They provide a free pass so that the student no longer has to deal with the pressure of passing the test. But, all good things come with a price, and with exemptions, it’s important to know the rules. Post-exempting seems like a great idea but not all teachers accept it, for Emma Westerholm, sophomore, it’s important that you communicate with your instructors.

“Post exempting seems like a good thing but you need to ask your teachers first. Some don’t do post exemptions. So in order to save yourself from increasing amounts of anxiety, communicate with your teachers and know what their stances are on exemptions,” Westerholm said.

Another study tip from sophomores to freshmen would be to have a good night’s rest before the testing day. Sophomore, Sarah Cole, says that getting a good sleep in the night before testing is just as necessary as studying for the tests.

“Sleep is very important. You don’t want to be falling asleep while taking the test. So don’t try and stay up all night studying, instead study for days in advance so that you can rest the night before,” Cole said.

Finals are a stressful time, especially since break is so close and you feel like you are running out of gas. But don’t go on vacation to soon and end up failing your tests. Plan out each day and study for your tests, don’t cram, and make good use of the exemption stickers. And freshmen, they aren’t as bad as you think.