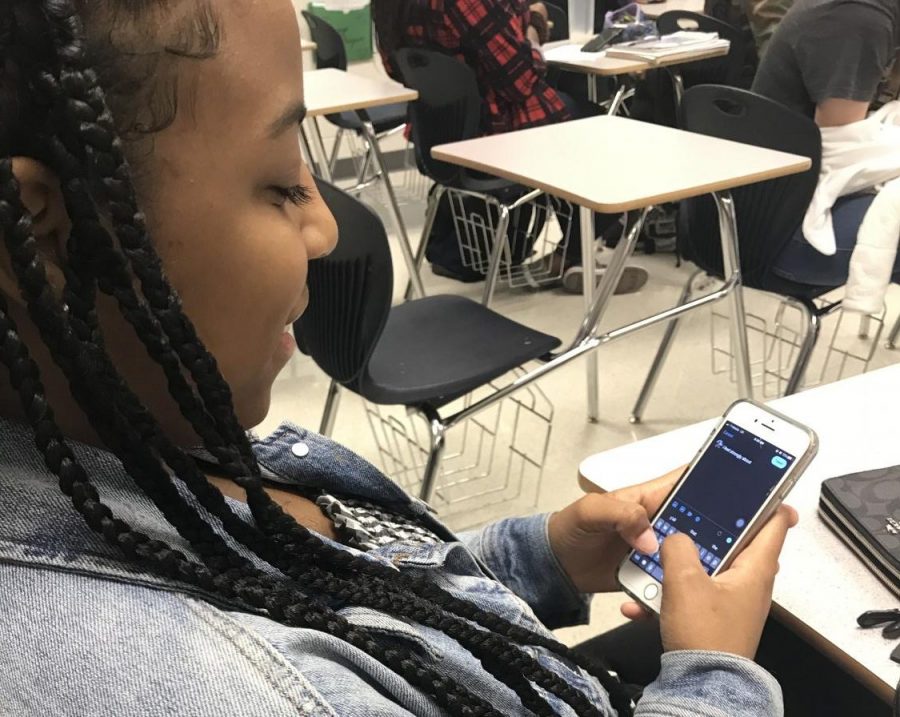 With today’s media swamped with controversies ranging from gun violence and gun control to climate change and global warming, many opinions fly around regarding the contentious topics. While many said opinions are formed and publicized by adults, a growing number of the opinions are being put out by today’s teens. Are teen voices and opinions becoming more prevalent in today’s society than ever before in previous generations?

In addition to remarkable increases in urban populations, times have significantly changes since today’s adults were teenagers due to notable advancements in technology and communication. As a result of the improvements and population growth, the ways adults used their voices to advocate for important issues when they were teens has changed significantly. For AP Human Geography teacher, Ashley Hicks, growing up in a smaller town, Maypearl, TX, made it easier for her to complete activities that were important to her.

“I actually went to school in a much smaller town, I had a graduating class of 60, so I had a unique situation in that we were a smaller, tight knit group. We, as a whole graduating class, were able to do projects around the town and community, like cleaning up flower beds. That kind of opportunity was presented to me because I was in a smaller town,” Hicks said.

With rapid improvements being made towards better technology, the entire world can easily communicate with each other within seconds. Evidently, teenagers today are presented with more ways to spread their ideas and thoughts. For sophomore, Sarah Cole, she uses her social media to display her positions on a variety of issues.

“I use my voice to advocate different topics that are important to me through social media platforms, mostly. These allow me to express my beliefs and viewpoints to a large group of people by posting about them. This can make more people aware about certain issues that I find important without feeling as if I’m forcing my views on certain topics upon anyone,” said Cole.

There are those who use their social media in a positive light, like Cole, and there are also teenagers who abuse the platforms and don’t bother to advocate for their opinions. By either not taking advantage of social media platforms, such as Instagram, Snapchat, and Twitter, or by using them to belittle others’ perspectives, these people make themselves known across all outlets. Chelsea Dang, sophomore, thinks that the internet can be a useful tool, but when high schoolers and other teenagers use it for the wrong purpose, it becomes abused.

The abusive relationship that today’s teens have with social media is the direct effect caused by the denial of social media as productive tool. It is the the neglect of the advantage and privilege that teens have, in terms of technology, that allow people to hate on other people’s opinions, according to Cole.

“A lot of people don’t really understand the privilege we have with social media. While they could be spreading live and important messages to people across the world, they often times choose to spread hateful comments or cause unnecessary drama simply for fun,” said Cole.

Teen voices today are becoming more prominent in society than ever before and technology plays a large roll in that. Many debatable issues are presented by news and media outlets every day, and it is vital to the progression of the human race that today’s teens begin to educate themselves on the topics. Not only do teens need to educate themselves, but they also need to form an opinion that they can share with others to inform them while learning different points of views.