The Double Standards of Dating 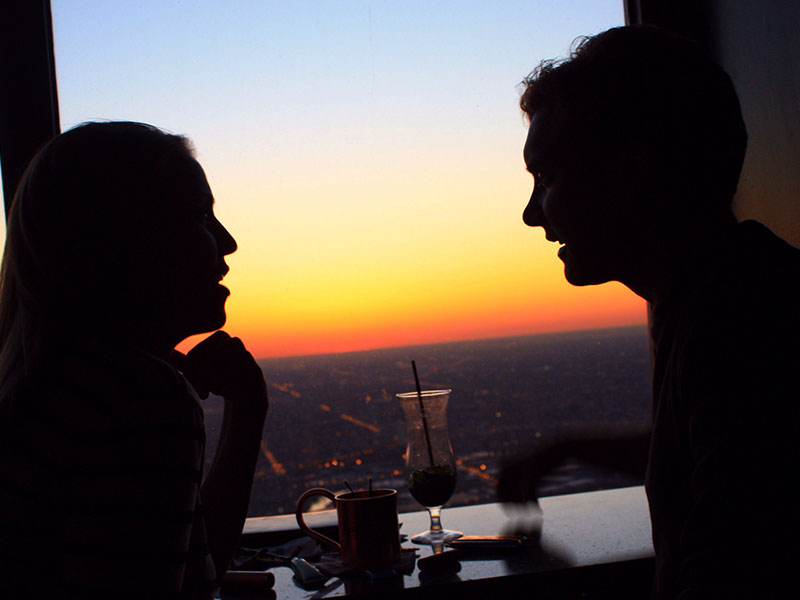 Many women feel there is a double standard when it comes to dating.

To feel love and to be loved is an idea people yearn for the entirety of their lives. Whether it’s through meeting someone organically, through friends or through family, or via online sites and apps, dating around has consistently housed a certain stigma. The judgement placed on men versus women is very different, with women receiving much of the criticism.

Seemingly, men who date multiple people around the same time are seen as “playing the field.” However, women dating multiple people around the same time get called more derogatory terms. Junior, Sarah Cole, recognizes the difference in the treatment of women and men, in terms of dating, and believes it stems from deeply rooted issues within society.

“I definitely believe that society treats women who date around differently than their male counterparts. If women were to date around, everyone would call them sluts, yet men who do the same thing are just seen as normal since it’s just boys being boys. I think that the reason for it has something to do with the stereotypes relating to men and women and their assumed societal roles. Women are supposed to sit still and look pretty and wait to be chosen by a man. Men are the ones who are supposed to do the choosing, so when a man dates around it’s seen as normal. These ideas have been built into our brains from a young age, so ignorant people tend to look down upon women who act differently than expected,” Cole said.

English teacher, Lisa Cole, believes the judgment stems from the assumption that women must follow the strict guidelines of being married and having kids by a certain age, whereas men do not have the assumption to follow and abide by, so when they date around, it is ‘okay’.

“I think, generally, society wants women to be settled down and married and having children by a certain age. With men, they are given a little more flexibility. A young man playing the field is more acceptable than a young woman playing the field so to speak,” said Lisa Cole.

The judgment and criticism of women dating around stems from something deeper. Whether it be through the observation of behaviors from older peers or deeply rooted feelings of judgment, the expectations of women fuel the negative, unjust opinions on women dating. Freshman, Owen Wyatt, believes that it comes from the lessons taught to and instilled in children at a young age.

“I think women receive a lot of judgment for dating around primarily because it is a learned and observed behavior. We see it in TV shows and movies. Women get called out when dating around, but men who date around are simply playing the field. The lessons are learned and practiced consistently, and in turn, create this unapologetic cycle of treating women unfairly compared to men,” said Wyatt.

Sarah Cole feels the condemnation of women is also fueled by a society that breeds male dominance and disapproves of women being different from the norm. Male dominance and patriarchy are part of a culture that has been around since the beginnings of time. In some cases this perceived power may lead to some men feeling a sense of entitlement.

“It all stems from the patriarchy that has been in the world for thousands of years. It is the same reason why it is so hard for people to grow up and be more open minded as they’re scared of change,” Sarah Cole said.

The double standard and differing treatments of women dating versus men dating creates an unforgiving and harsh pattern in the expectations and boundaries. It is up to the people to change the foundational patriarchy that allegedly fuels the scolding of women who choose to date around and “play the field.”