Showing Up and Showing Off 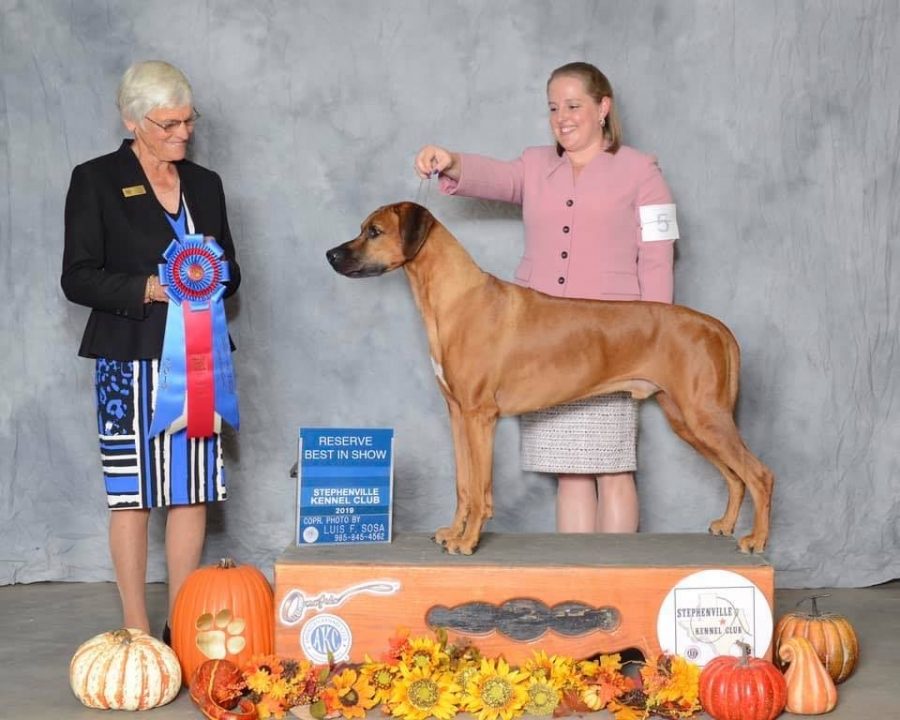 Chemistry teacher, Jennifer Smith has a unique hobby which takes her and her best friend around the country.

Dogs are much more than an indoor friendly mammal that barks for attention. Dogs naturally sit, eat, and drink throughout the day, but show dogs do so with the hopes of winning a gold medal. Competing is important for a show dog and Conformation Shows are the perfect places for a dog to show up and show off.

“My parents introduced me to Conformation Shows whenever I was a young girl. My mom used to train and show German Shepherds in obedience when she was younger. Fast forward to 2016, when I got my first ‘show’ puppy, a Rhodesian Ridgeback. I thought I would just let my parents show and train him, but I went to my first class to learn how to do it, then we won at our very first show when he was just six months old, and I was hooked,” said Smith. 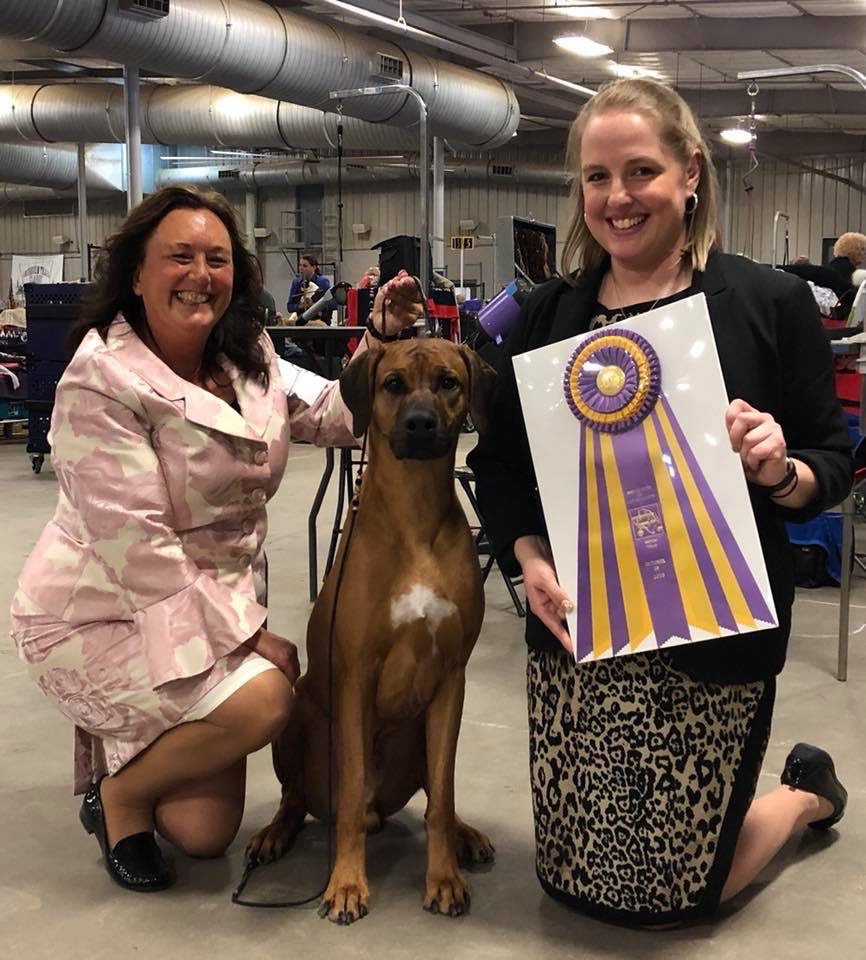 Conformation Shows do come with the bonus of winning, but that is not the only benefit. Behind the flashing lights and concentrated judges, is a bond between the dog and its owner. Though the bond is not human to human, it’s just as strong and passionate as if it was. Conformation Shows strengthen the growth of the relationship. Getting a chance to bond plus challenging their skills makes Smith’s efforts feel complete.

“I’ve always loved dogs. The bond you form with a dog is real. The time we spend training together is extensive, but to see the dog shine in a conformation show, or at an obedience trial is extremely rewarding. A dog show or Conformation show is where a judge is judging your dog against the standard for whatever breed of dog it is. If I win at a conformation show, I know that I have a good representative of that breed, who was purposefully bred, and I’m very proud of that,” said Smith.

Competing in a Conformation Show brings various rewards. Whether it’s competing for the first time or winning a trophy or medal, a number of experiences can gained. However, with the hundreds of breeds around the world, the Rhodesian Ridgeback is one of the most unique. Smith’s Rhodesian Ridgeback harbors an accomplishment that no other Ridgeback has.

“My first Rhodesian Ridgeback named Eli is currently ranked the #1 Rhodesian Ridgeback in the country for 2019 based on how many times he has won this year. He has been shown at Westminster in New York and the AKC National Championship in Florida, and has even won a best in show– which means he was named the best dog out of every single breed/dog at the show – almost 1000 dogs were there,” said Smith.

As a teacher during the week and a dog show competitor on the side, Smith is all around proud of what she does. Doing two of her most favorite things in the world, teaching and showing off her dog, Smith embraces the fact that she’s a winner in the classroom and the sport of dogs.