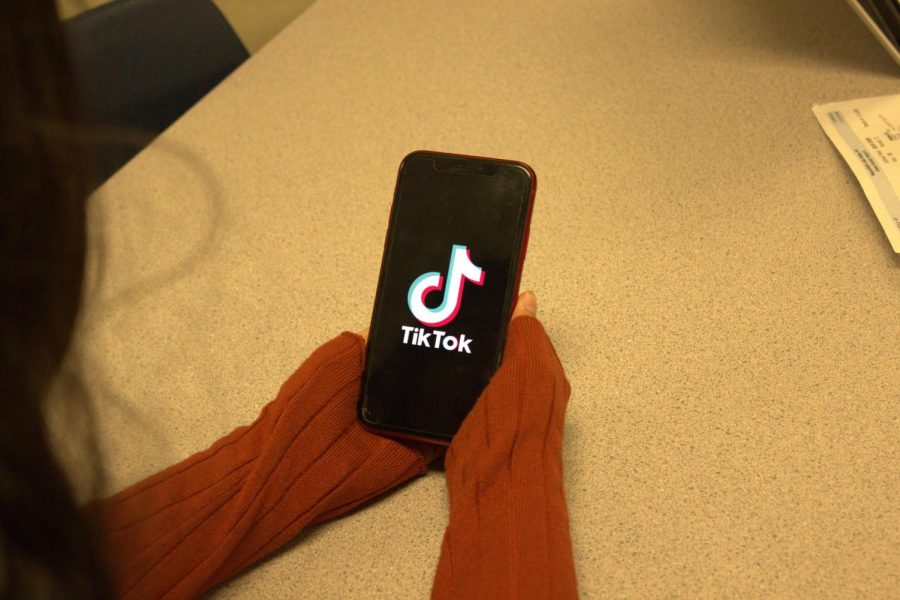 Teens and adults have taken to Tik Tok, but how long will the fad last?

Tik Tok has become more popular within the last year. The app appeals to many due to the fact they can get famous quickly. Tik Tok can make anybody famous almost overnight, by making dance videos, relatable content, or funny memes. Most people who make Tik Toks hope to get on the “For You” page, which is where they can be exposed to hundreds of thousands of their fellow “tik tokers.”  Charli D’amelio has over 22 million views and 4 million likes on just one of her videos. Some students at Lake Ridge have followed suit on a smaller scale and achieved Tik Tok fame.

Junior Jalen Harrison got Tik Tok famous by making funny videos but thinks Tik Tok is a gateway into bigger things. “Tik Tok gave me the opportunity to get subscribers on YouTube I used to have three hundred subscribers now I have over 1,300 subscribers and I have Tik Tok to thank for that without Tik Tok I don’t think I would have pursued YouTube as much, because now I have fans who will actually watch and like my videos,” Harrison said

Some people make Tik Tok videos just for fun without trying to get famous. They just like learning the dances and participating in the challenges. Sophomore Pamela Tamo thinks that joining in is a fun challenge, “I’m a dancer so learning the dances are usually easy and I just like to put my own spin on the dances. I also like to teach my friends the dances and make Tik Toks with them. I don’t really care about the fame, I just like making the videos especially with my friends and if we get famous that’s a plus but that’s not why I make them,” Tamo said.

Some people just watch Tik Toks without making them. Many may have a favorite “Tik Toker” because of the content they make or the way they look. Sophomore Madison Martinez thinks that both are very important factors in becoming a famous Tik Toker. “My favorite Tik Toker is Juzt_Josh because he makes funny and relatable content and he’s cute so that helps. A good Tik Toker can relate to their fans and also have that star quality that just makes them interesting to watch,” Martinez said.

While many people took Tik Tok as a joke once they downloaded it they realized it is actually a fun app where you can become “famous” and have fun with people who think like you.