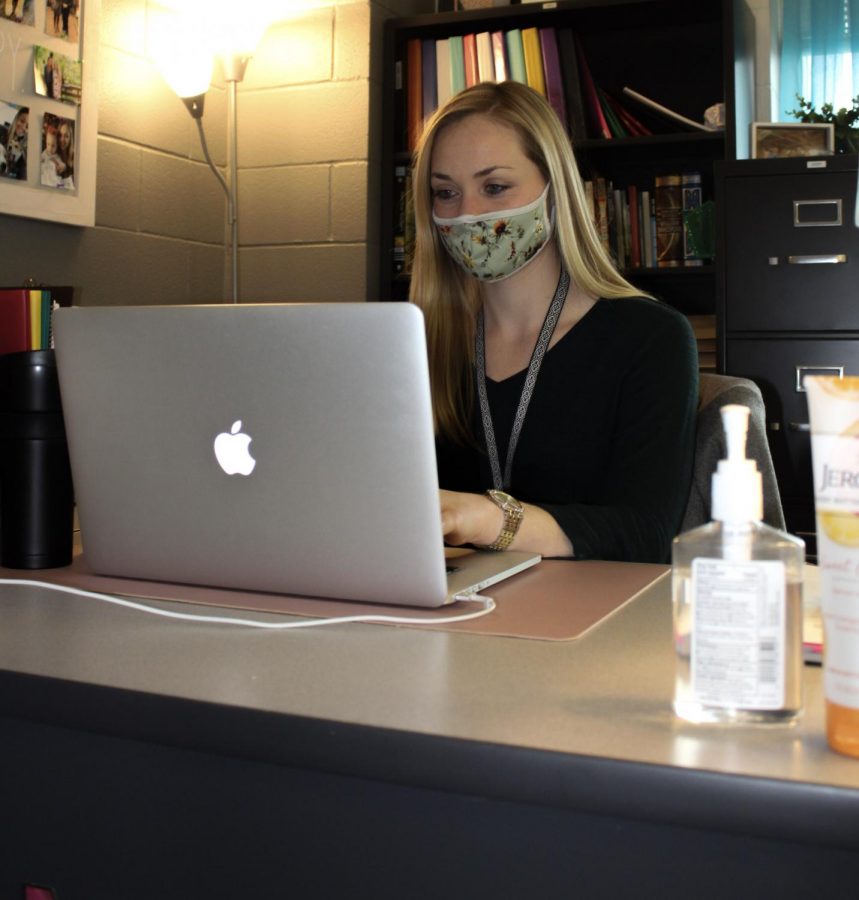 The year began with waking up to a lousy alarm and getting ready to hop onto Microsoft Teams for classes. As the semester took off, Lake Ridge was filled with more in person students. Before anyone knew it, the semester is coming to an end which brings in finals.

As finals approach, students and teachers are beginning to look back into topics they learned about in the start of the school year. While there are mixed feelings about being ready for the exams or not, a lot of students are getting themselves ready to face their exams. Junior, Kaley Ngo, feels like she is ready to take her exams even if it will take a lot of studying.

“I have not begun preparing for my final exams, but when the time comes around, I will most likely have 4-5 hour study sessions after school. I feel like I’m ready for my finals because I am an overall well rounded student,” stated Ngo.

There are many different ways to review past topics, whether it be looking over old powerpoints or watching videos. Given that these are the first round of finals this year, many students can agree that they are the most difficult. There have been teachers who are reviewing with their students, but there are students who find other ways to review outside of class. Junior, Noah Obuya, plans to look at study guides and old notes that he has taken in his classes.

“I usually prepare by using any study guides my teacher gives and going back through previous notes. I honestly hope to do really well this semester exam especially since it’s the first round of exams for the year,” stated Obuya.

To a lot of people, they have felt like the year has gone in a flash, given that the school year started off virtual and then led to the integration of online and in person students. With that in mind, there have been students who have felt like they haven’t accomplished anything this semester. This feeling can negatively affect a person’s mentality and cause them not to be able to do their best. Junior, Brianna Packer, feels like it’s a bad thing that the semester flew by so fast.

“This semester has gone by so quickly, I feel like we just started school, but we’re in December already. I haven’t even accomplished anything. It feels like it went that fast, I honestly don’t like that,” stated Packer.

This semester is the first time freshman experience highschool finals even though they had finals in middle school. There has been a mix of freshmen who are not sure if they are prepared and those who are ready enough to study hard. Freshman, Natalia Rawlinson, believes that she is prepared for her finals this semester.

“I feel kind of prepared, I feel like I need to go over the stuff that we learned online. I honestly didn’t really learn much online, so that’s what I’m worried about in terms of the finals,” stated Rawlinson.

Although it’s important for the students to be prepared, teachers also need to be prepared for the exam season. Through this preparation, teachers are deciding what they want to put on their finals. In order to come up with what goes on their finals, teachers who teach the same subject will gather together and put their exam together. AP World History teacher, Jennifer Swegler, hasn’t gotten her exam put together yet, but she knows it’ll be an easy exam for her students.

“Next week, I will put the exam together with Mrs. Long, but it will most likely be old quiz questions put together because that’s what we usually do for AP World, especially since we’ve given them hard tests during the school year. The final should be easy for most students if they review correctly,” stated Swegler.

With finals comes exemptions; exemptions allow students to take a pass on two final exams if they have an 80 percent in the class or higher. Many students have been looking forward to using their exemptions, since it gives them time to relax or to study for other exams. Obuya is hoping to exempt his English exam especially if it will hurt his semester average.

“I’m not sure what I’ll use my exemptions on because it depends on the exam format. Although, it’s likely that English will be one of the ones that I exempt; no one wants to write a whole essay during finals week and it’s MCQ’s [multiple choice questions] are risky to have as my final exam grade,” stated Obuya.

For a majority of freshmen, this is their first time being able to use exemptions on final exams. With that power, freshmen are able to choose which classes they get a break in before they head into winter break. Freshmen, Maria Wong Duarte, is happy that she gets the option to pick two exams she doesn’t have to take.

“I plan on using my exemptions for AP Human Geography and Biology. I’m excited to use them especially since it’ll make the exams more relaxing for me, since I don’t have to study as hard,” stated Wong Duarte.

Since this is the first round of exams, there has been a mix of teachers who have made their exams difficult. Due to this, some teachers are encouraging their students to exempt their exams. AP Human Geography teacher, Dena Marlar, hopes that her students will exempt her exam this semester given how difficult she thinks it is.

“Well exemptions are super easy this year because they’re not counting the absences as a part of exemption, so that takes a huge part of that away so then it’s just ‘Do you have an 80 or above?’ so that’s really easy. I hope that a lot of my students exempt my exam because it’s a cumulative exam, it’s not going to be an easy thing,” stated Marlar.

As finals are coming around the corner, teachers and students are preparing themselves for the review and exam days. With the effort each student plans to put in, they hope they can pass this semester with flying colors.