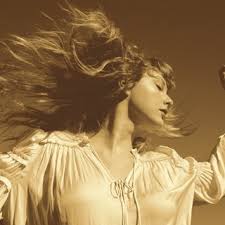 Fearless (Taylor's Version) has garnered quite the fan reaction upon its re-release.

More than twelve years after Taylor Swift released her first number one album on the Billboard 200 chart in 2008 with her second studio set Fearless, Swift is back on the list with a re-recorded version of the album, titled Fearless (Taylor’s Version). Swift decided to re-record her music in order to regain the artistic and financial control of her material after her former record label sold it in a reported $300 million deal. The new set is her ninth studio album and scores the biggest week of 2021 on the Billboard charts for any album.

On February 11 2021, Swift announced she had re-recorded the 2008 album Fearless as Fearless (Taylor’s Version). The new 26-track album has re-recordings of all thirteen songs on Fearless, along with six bonus songs from the platinum edition. Beyond those 20 re-recordings, Fearless (Taylor’s Version) also includes six newly recorded “from the vault” songs that were written for the original Fearless album, but were never recorded and released until now. In an interview with Sounds Like Nashville, Swift explains how reworking the album gives her a unique opportunity for fans to experience these unheard tracks.

Many of her fans, also known as Swifties, were excited about the news and the unheard songs from the vault. Junior, Isabella Daniels, said she was shocked about Fearless (Taylor’s Version) because she didn’t expect for Swift to revisit and re-record the album that kick started her career as a whole.

“I was surprised because I didn’t expect her to do that, I think the songs are timeless on their own and don’t really need a newer version, but I’m glad she did so anyway,” said Daniels.

Daniels also says she prefers the old Fearless and her forever favorite songs off of the album are “15” and “Love Story” because she used to own Swift CD’s and finds the album nostalgic.

“My favorite songs on the album are 15 and Love Story because I’ve always loved those songs. I used to have her CD’s and I used to play those songs on repeat,” said Daniels.

Fans were also surprised that Swift had songs that she hadn’t recorded or shown to the public before until the announcement of Taylor’s Version. This caused even more excitement and anticipation about the album’s re-release. Natalie Mitchell, junior, has been a fan of Swift’s music since the start of her career and her favorite song from the vault is “Mr. Perfectly Fine” because of the emotion in Swift’s voice.

“This is a hard one because they are all good. I really like Mr. Perfectly Fine, it’s such a cute song. You can tell how much emotion that Taylor puts in the song, but they are all great songs,” said Mitchell.

Mitchell prefers Fearless (Taylor’s Version) because of the hard work and dedication Swift put into the remake. Mitchell also believes that Swift deserves all the success and good criticism put into the album that changed her life.

“I prefer the new Fearless, mainly because of the vault songs, but also because it’s what Taylor wanted in her songs and the success that she couldn’t show before,” said Mitchell.

Many feel the album retells a story that Swift has been wanting to tell again. Kacey Magana, junior, feels that overall the album is amazing like the original and believes that once the album starts playing, one has to listen to it all the way through without skips because of the evolution in the songs.

“My overall thoughts on the album is that once you start the album it’s one where you have to listen to it throughout all the way. The way these songs have evolved is really and truly amazing especially with the way she sings it,” said Magana.

Since April ninth, fans have been playing and enjoying Fearless (Taylor’s Version) on repeat. The re-release of this album has encouraged and given hope to fans that maybe Swift might re-record her other older albums and re-release them again in a newer version for fans to enjoy also.