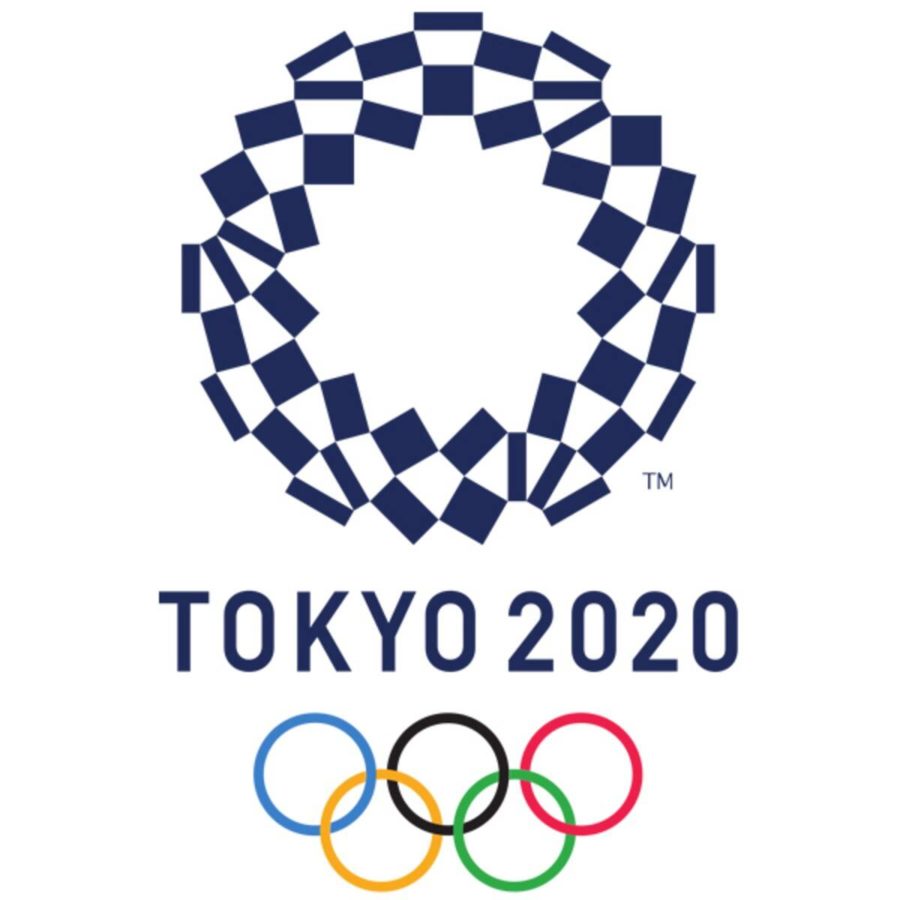 Amidst a global pandemic, the 2020 Tokyo Olympics was postponed in order to control the spread of Covid-19.

On March 12, 2020, the Olympic torch was ignited near the Temple of Hera at the remains of Ancient Olympia in Greece. The symbolic flame was then transported via airplane to Japan for the historic torch relay now en route to Fukushima and other regions where the deadly 2011 earthquake and tsunami occurred. Not only does this prelude to the 2021 Olympics include the first woman to initiate the relay, Greek Olympic shooting champion Anna Korakaki, but the very Games that will commence in July will have endured rare postponement amidst a pandemic. George Olsen, English and Creative Writing Teacher, outlines the humanitarian significance upheld by the Games.

“Even through times of war, I can remember how the Olympics made a great difference in how diplomacy worked. If different nations are not talking, at least athletes from across the world can come together and open a door for communication. The Olympics also breaks down social barriers to promote a wide, diverse population that reflects varying values and principles,” said Olsen.

Originally scheduled to begin on July 24, 2020, the Tokyo 2020 Summer Olympics were officially postponed for one year in response to the COVID-19 outbreak. This decision was the byproduct of discussions between Japanese Prime Minister, Shinzo Abe, and Chief of the International Olympic Committee (IOC), Thomas Bach. Contrary to its sustained namesake, Tokyo 2020 will administer its sporting events from July 23, 2021 through August 8, 2021. The International Olympic Committee addressed the circumstances faced by athletes following the delay in a statement released after the first postponement to ever be recorded in the history of the Games.

“We are in direct and regular contact with the athletes. They are doing well and are showing great resilience in these difficult times. Their situation really depends on where they live. They are all continuing to train while respecting the measures put in place by the authorities of their respective countries. The members of the Tokyo 2020 Refugee Olympic Team have not yet been selected. As the Olympic Games have been postponed, the selection date has also been postponed to 2021. Most of the athletes have not moved and are quarantined in the houses/apartments where they used to live before the pandemic hit their host country. Some of them – like the athletes based in Kenya – joined families and/or relatives based in other parts of the country,” said the IOC via a statement posted on their Frequently Asked Questions about the Olympic Games Tokyo 2020 web page.

Now pursuing a ‘huge jigsaw puzzle where every piece is important and must fit together,” as described by the IOC, great efforts on behalf of the Japanese government and organizers alike are ensuring the production of a summer olympics inclusive of 206 countries. The International Olympic Committee has encountered some questioning, though, regarding the correlation of the pandemic recession to the Games. The IOC explained in May of 2020 the reasoning behind their promptness in producing the Games within one year’s time instead of pushing the event further back.

“Our Japanese partners and the Prime Minister made it very clear that Japan could not manage a postponement beyond next summer at the latest. It is a mammoth undertaking, both for the Organising Committee and the country as a whole. First of all, you need to secure the availability of the Olympic Village, since that is at the heart of the Games. The same applies to all the sports venues. Thousands of people will need to carry on working. All the partners, sponsors and regional and local governments need to pull together. Postponement will involve restrictions and compromises on the part of everyone involved. There is no blueprint for postponement, but the IOC is very confident that all the complex parts will come together and give us a marvellous Games,” said the IOC.

The Tokyo 2020 Summer Olympics will be held in the 192-thousand square meter National Stadium in Tokyo, Japan. Constructed in 1958, the venue underwent renovations estimated at 1.5 billion dollars. The entirety of the Games will not be confined to this location, though, for some of the sporting events will be proctored in areas surrounding the city to accommodate the specific terrain required by some events. Surfing, for example, will commence on the Pacific Coast of Japan. Four other sports–skateboarding, sport climbing, karate, and baseball–will join surfing during their first appearance on the Olympic stage in July.

Iberdrola.com, a website dedicated to social progress and global environmental sustainability, specifies how “the basic requirements for a sport to be Olympic are as follows: it must have a men’s federation in at least 75 countries on four continents and a women’s federation in 40 countries on three continents. In addition, the country organising the Games may propose that sports be included or removed depending on their strength in the Games or on the climatic or economic conditions. Finally, the IOC votes on whether they are accepted or not.”

Aside from the thrill of such sports and the unification of the international community, the extensive cost of hosting the Games is causing more than a few heads to turn. Olympic revenue is generated through private contributions from various outlets and the provision of media rights for the companies seeking to capture the vibrant event. Andrew Sessa, Condé Nast Traveler writer, lists the different options available for Japanese citizens to acquire entry and housing at the Olympics through A Complete Guide to the Tokyo 2021 Summer Olympics article.

“Individual event tickets currently range in price from about $40 (the beach volleyball preliminaries) to just over $1,100 (the track and field medal competition), with many priced from $100 to $300. There are also packages, which bundle together accommodations and tickets, and sometimes include transportation and VIP hospitality passes. These start at about $4,800 and top out at over $19,000—that’s per person, double occupancy in hotels. There are also simpler packages that combine a ticket and hospitality pass to a single event; these go from about $1,200 to $1,700 each,” said Sessa.

In continuation with ticket sales, the same collaboration between the Japanese government and the International Olympic Committee fostered a decision that has led to mass disappointment in many regions of the globe. International spectators will not be allowed to attend Tokyo 2020 as a repercussion to the pandemic. Since a large quantity of these same individuals have already invested in resources adjacent to the Games. The IOC expands upon the strenuous efforts that are currently underway regarding refunds.

“The Tokyo 2020 Organising Committee has announced a principle that tickets bought for the Games this year will be valid in 2021 where possible, and that ticket holders who cannot attend in 2021 will be reimbursed. As you will appreciate, the IOC is not in a position to comment on hotel or flight bookings which were made through third parties. We would encourage people who were planning to come to the Games this year to speak directly to Tokyo 2020 or the organisations that they booked with to discuss their options,” said the IOC.

Despite the major strain involved in providing such accommodations, “Japan’s National Audit Board assessed that the final price of the Olympics would increase to over 22 billion USD with approximately 75 per cent coming from public funding.” This figure, proposed by writers Andreas Nygaard and Christian Gjersing Nielsen for playthegame.org, a website striving to promote sport policy and education, will greatly benefit the Japanese economy in a way unseen since the beginning of the pandemic. Freshman, Janessa Young, explains her concern surrounding the financial demands of the approaching Olympics.

“The Olympic Committee spends too much money on the Games that can instead be designated for other purposes. For example, the revenue that is gained could be purposed for the people who have and still are losing their jobs due to the pandemic. Sure, some of the smaller businesses located around the arena in Tokyo might benefit from an increase in Japanese tourism and subsequently consumer activity. But, the sheer amount of money that has been spent on preparations alone is shocking, especially since the main events have not even occurred yet,” said Young.

Sophomore, Dominic Byles, deems the economic aspects surrounding the Olympics to be appropriate due to the progression and inspiring essence of the event.

“It is okay to spend such money on the Olympics. The Games are a ceremony that holds a lot of weight for so many people globally. There are of course numerous areas, such as infrastructure, education, and public health, that countries should focus on financially to take care of their citizens. A ton of money is already being invested in anti-homeless structures, for example, though, so I do not think individuals should bring the Olympics into this conversation without considering these factors. Ultimately, when multitudes of people watch Usain Bolt running down the track or Serena Williams playing on the tennis court, the national pride that is gained is worth every penny,” said Byles.

From a health standpoint, Byles also agrees with the paramount precaution of reducing international attendance for the safety of all parties involved.

“The decision to continue the games without international spectators attending in-person is smart because the world does not need to endure another outbreak. It would be nice to have fans from around the world cheering for their teams, but that ideal is simply not feasible due to the world’s current health and safety condition. Personally, I would not choose to attend the Games this year if provided the chance in order to help prevent any large spikes of the virus overseas,” said Byles.

The health of the Olympic’s primary advocates, the athletes, is of critical importance during all angles of the Games. China is even volunteering to supply athletes, regardless of country, with COVID-19 vaccinations. The current status of the pandemic within Japan is descriptive of upwards of 4,000 new cases daily. Although the Japanese government and World Health Organization have reached considerable success in lessening the spread of the virus, the country has only begun distributing vaccines as of late February. Freshman, Maila Walker, recounts the first-hand experience of an individual familiar to this circumstance.

“My mom is currently living in Japan, and she has been telling me how some parts of the country just went back into emergency lockdown. Cases have really been going up and down recently, but the persistent vaccination efforts, especially for those who are high-risk or consistently exposed to high-risk environments, have significantly helped,” said Walker.

Regardless of the altered stigma surrounding this year’s Olympics, numerous athletes and spectators from abroad are hoping that the moral light released by the Games can still be viewed either from stadium seat or living-room couch. Freshman, Janae Cleveland, identifies the pertinence of the publicity and empowerment provided by her favorite athletes.

“The increasing presence of black athletes, such as Simone Biles, at the global scale truly reimburses the crucial nature of sustaining the Games in a consistent, yet still safe, manner. The Olympics extends far beyond the court or swimming pool; it is the opportunity to show seven billion people how unity can be found in difference and perseverance can be found in times of hardship,” said Cleveland.

Although the dates of future Olympic Games have not yet been verified by the IOC, Olsen recognizes how the Games must persevere through any challenges it encounters. He believes the athletes must be provided a forum to demonstrate their hard-earned skills, and viewers are shown that unity extends beyond the borders of any single country.

“The next Olympics might have some other adversity to deal with, so it is the nature of any institution that survives for that many years to learn to adapt and accommodate any situation. We have been through wars and they have canceled the Games, and we have been through other epidemics that the Olympics had to modify to. It is just the nature of the times that we need to be able to adapt to whatever comes along, and the Olympics are no exception,” said Olsen.