wut u no ab slang, purr? 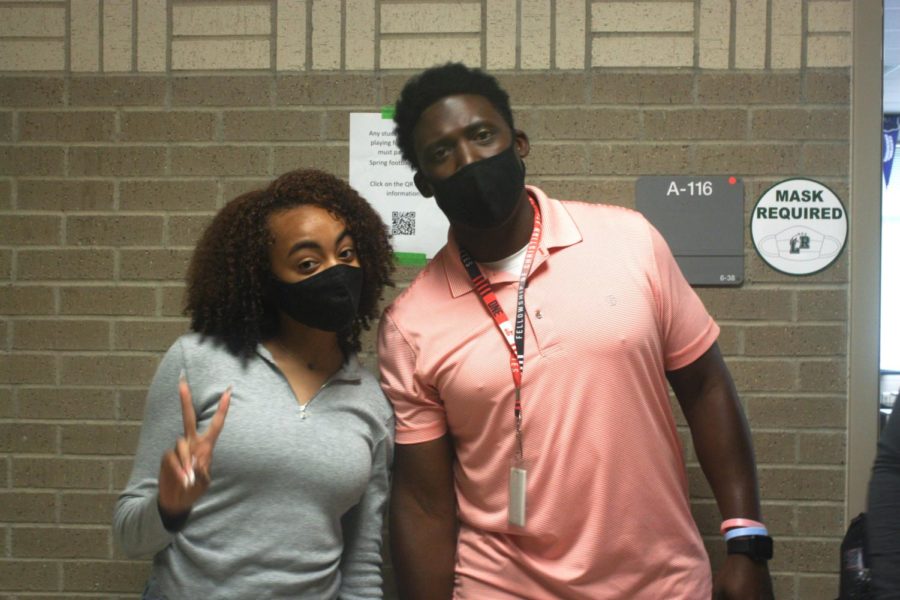 Slang words change over the years and the influx of social media has taken things to a new level.

It’s no surprise that slang has taken over today’s English language. From phrases such as ‘on my way’ and ‘what are you doing’ have soon turned into shorter abbreviations, ‘omw’ and ‘wyd.’ However, slang did not just become popular in this decade from social media, it has long been established since the 1800’s. Though slang has been a common replacement for daily used words, understanding and saying them makes users feel ‘hip.’

The origin of the word slang itself is obscure; it first appeared in print around 1800, applied to the speech of disreputable and criminal classes in London. From there, slang has developed into describing shortened words or phrases with alternative meanings. From using words such as ‘groovy’ and phrases such as ‘gotta bounce’ to ‘purr’ and ‘period,’ slang has a diverse variety of words that has changed over the course of time. For Junior, Mia Ortiz, her favorite slang words are used for supporting and empowering purposes.

“My favorite slang words would have to be “purr” or “period.” And I use these words usually to hype my friends up if they do something spectacular or good. For example, if my friend dresses up and looks good, I will say “period” to make her feel good about herself,” said Ortiz.

Slang has evolved tremendously and the words and phrases used now are totally different from what people said ten years ago. As time progresses and social media evolves in the spotlight of the internet, slang evolves as well. There have been many cases where new slang words flooded the diction of those well-educated on the various terms, only for the abbreviated words and interesting phrases to be considered ‘old news’ the following year. AVID teacher, Isaiah Allen, reminisces about the slang he used whenever he was younger.

“We used to say, “what’s poppin, groovy, what it do. I used to answer the phone like ‘what’s crackin ‘ and “what you talk’n bout,” said Allen.

The usage of slang words have put the English language in retrospect. The overuse of slang has sometimes been reflected onto reading and writing skills. Slang is very common within texting and the common routine is occasionally transferred onto formal English essays. For English teacher, Christina Wiegand, while the issue isn’t all too prevalent, slang words sometimes pop up while she grades her essays.

“Every now and then I have to gently remind a student we can’t abbreviate words as we do in text messages, but that is rare. Usually, students understand the difference between formal and informal writing, so it’s not an issue. As far as reading, I don’t think slang has a negative effect. There are times that slang is used in reading selections and students have to be taught the meaning, but that is also rare. For example, if a character said, ‘let’s roll,’ or ‘let’s bounce,’ I may have to explain that means ‘I’m ready to leave now,’ but that really is a rare occurrence,” said Wiegand.

Slang words can be picked up in many different places. Most popularly, the internet and social media is a key place onto where people pick up these words and phrases. However, some slang is picked up by their parents or what they have commonly heard in their households. Certain dialects and languages can be picked up easily. For Digital & Interactive Media teacher, Myron Johnson, slang is picked up from places or things he is surrounded by.

“I am not the most informed individual on the younger generation’s slang, but when I was growing up, slang was more a regional thing. So for example, west coast kids said things like ‘far out’ to say ‘cool,’ but kids in Texas did not. We also drew our slang from movies and TV shows. I see the younger generation’s slang as originating more from music and social media, and just like those industries, they change at a fast pace. So in a way, younger people have more slang than us, in my opinion. Life moved at a slower pace in the ’80s and ’90s,” said Johnson.

From sayings such as “Ugh, as if!’ to “Dang, double homicide,” slang has undoubtedly been a key part of today’s society and shaped pop culture. What started as jokes soon became popular trends that have the majority of the world repeating it.