Not So ‘Fresh’ Anymore 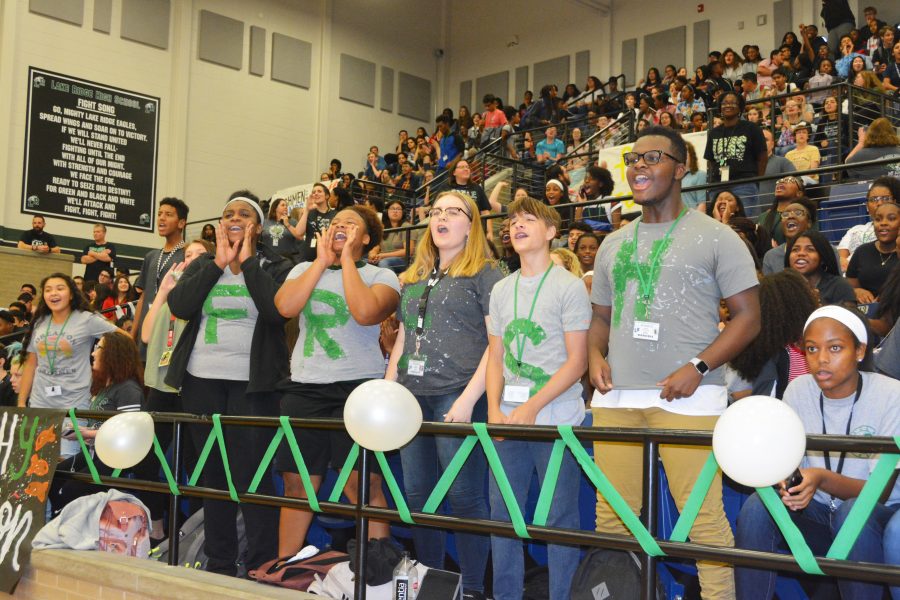 They aren’t getting lost on their way to class, and they aren’t showing up wondering if its an A or B day anymore. Lake Ridge High School is nearly halfway done with the school year, and the freshmen are no longer as ‘fresh’ as they were back in August. For some it’s been a tough adjustment figuring out high school life.

“The biggest adjustment would be me studying more and putting more effort in the work I do,” Arenas stated.

Some freshmen were told that freshman year at Lake Ridge would be easy. These freshmen felt disappointed when they started their year and found out they may have been mislead. Jabari Hunter, freshman, thinks some upperclassmen haven’t been truthful about freshman year.

“When you come in here don’t listen to anybody that says freshman year is going to be fun, it’s going to be easy. No it’s not,” Hunter stated.

Although some freshmen didn’t feel prepared at the beginning of the year they are starting to adjust to their workload. Now that freshmen have almost 15 weeks experience at Lake Ridge most are starting to get used to the workload and procedures. Carson Nguyen, freshman, feels prepared for the rest of the year now but at the beginning of the school year wasn’t as confident.

“Coming in to Lake Ridge I didn’t feel like I was prepared but now in the second six weeks I do feel prepared,” Nguyen stated.

“I feel like I’m being challenged at Lake Ridge due to the fact that I have more work on my hands and having to force myself to participate in extracurricular activities and get involved while balancing my workload,” Kern stated.

As freshmen start getting used to their classes they are noticing not only is their workload growing but the work is getting harder. Some freshmen are finding it hard to pass their classes so they can play sports. Arenas is having to take her classes more seriously now to ensure she can still participate in softball.

“The academic stuff is harder than middle school and I’m in softball so I have to take it more seriously than I did in middle school,” Arenas stated.