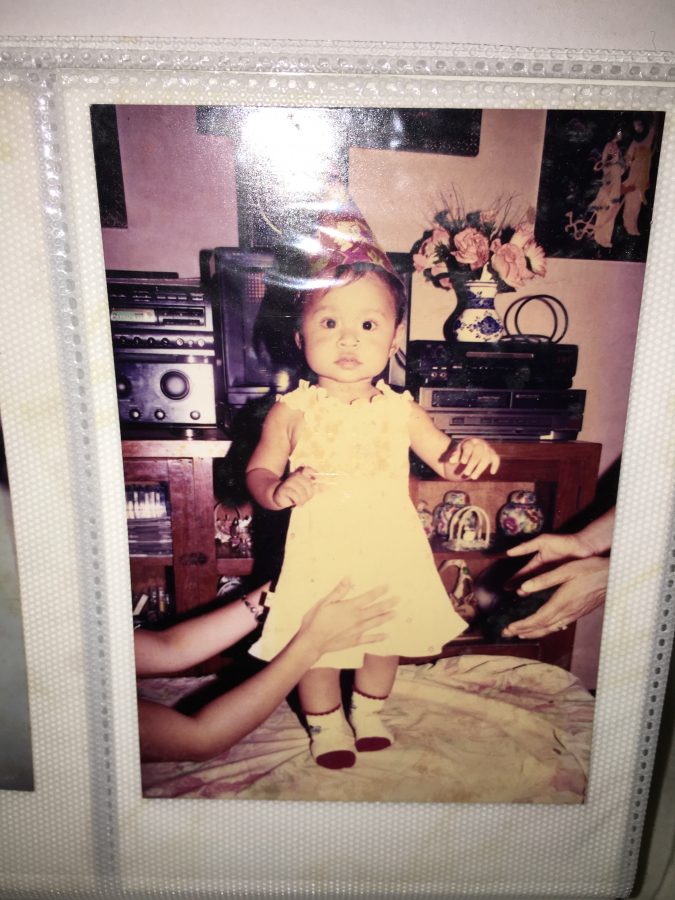 Immigration is the concept of taking residence in a new country after leaving a previous one. This can occur when someone is looking for a fresh start or a new opportunity. At Lake Ridge, many students have parents that made a sacrifice to come to the United States from their homeland. With this in mind, these students are able to acknowledge what their parents have done to give them a better life in different ways.

When raising a young and new family, a positive environment is desired. Junior, Sarah Piceno, says her father’s origin from Mexico and his reason for moving was to ensure that his family could live a more convenient life.

“My dad grew up in Mexico and he speaks Spanish. My dad came to the U.S. because my mom wanted to start a family here, for many reasons such as having a stable occupation, and also the schools and how we have more opportunities here. Although the culture is different, my parents wanted us [the family] to not be put at a disadvantage,”said Piceno.

Piceno also says that she finds it encouraging that her parents were able to make a life-changing decision that lead to success.

“It’s already hard enough to become a legal citizen here. And for them to go through that: start a new life with a family, when their family is outside the country is really inspiring to me because they had practically no one to help them pick them off their feet,” said Piceno.

Language is an important element for each country. Piceno admires her father for taking on the challenge of learning English to help as he raised his family in a country where many people speak English. She also says that many people judged her dad harshly due to his language speaking abilities.

“For my dad who only speaks Spanish, it’s incredibly hard for a native speaker to speak English. So, for him to learn that language, be comfortable with it, and then also find a job inspires me all time because I know how hard it is to feel like although you aren’t stupid not knowing the language, people might get the impression that you are, or that you are less than them. [My dad] would have difficulties with people that just think less of him because of where he came from,” said Piceno. “He’s moved his way up. It’s crazy to me and I’m really proud of him. He has gained a lot of respect.

For some people, where you are from plays a significant part in your identity and they believe it’s important that it is acknowledged and not ignored. Junior, Gilliana Tawaran, born in the Philippines, says her parents came from a Southeast Asia country to give her family a higher quality of life.

“My parents and I are from the Philippines. They can speak Tagalog as well as a Filipino dialect called Bicol. Like any other immigrant parents, they came here to give my sister and I a better life. There was more opportunities, as well as a better lifestyle here overall ,” said Tawaran.

Tawaran also states that what her parents had to go through in order to succeed in a new country gives her an uplifting feeling because she knows they worked hard.

“If you think about being born here in America and trying to move to a place [where] you don’t even speak the same language as them, it’s very empowering. This makes me appreciate my parents more because knowing the hardships that they went through and having to pass all those tests, on top of putting themselves in a whole different culture, is inspiring to me,” said Tawaran.

“Life here is definitely much more privileged and more efficient because in the Philippines, not everyone is fortunate to even have air conditioning. Coming from a third-world country and experiencing both sides definitely changes my whole perspective of life in general because I can compare the two,” said Tawaran.

In most countries, being employed is an important factor. Samuel Iranloye, junior, has parents who are immigrants from the West African country, Nigeria. He says that they came here for reliable occupations that would help them survive in the new country they were in.

“My parents are from Nigeria and they speak Yoruba. They came to the US for better work opportunities and to start a new life. They weren’t really exposed to as much opportunities as we are now, like the education system wasn’t that strong. Being here inspires me to do better because all these resources have been given to me, and they’re at my disposal,” said Iranloye

Samuel Iranloye is a track athlete. He believes that if he were in his parents’ homeland, his love for the sport would not have taken off as well as it has in the United States.

“What makes me appreciate their coming here is the opportunities I’ve been exposed to. If I was in Nigeria, I wouldn’t be able to do some of these after school things [such as track], because they don’t take it as seriously there or they don’t have as much equipment there. Being here just gives me more opportunites,” said Iranloye.

Iranloye also says that the concept of working hard and being dedicated is what makes him look at his parents with adoration.

“An important lesson I’ve learned from my parents is perseverance. When I look at it from when I was a younger age, from where we were to where we are now, [my parents] used perseverance and hard work to get us where we are,” said Iranloye.

From a young age, some children may not be able to recognize the meaningful things their parents have done for them. Ivonne Want, Spanish teacher, says that although it may be noticed at a late age, the students are still able to appreciate the sacrifice that occurred.

“I think for the most part they do [appreciate the sacrifice]. There’s always the kids that don’t see it at first. But I think once they realize the change, the difference, and the benefit, they end up appreciating it, even if it’s a little late sometimes,” said Want.

Additionally, Want says that the students of immigrant parents can admire their parents through their school work, by trying their best in academics.

“They can show their appreciation by learning, by making an effort. If your parents made the sacrifice to leave everything behind just so they can have a better life, then the least you can do is appreciate it by succeeding and by paying them back right,” said Want.

Although they went through many hardships, these parents tried their best to raise a family in a new country with little experience of the culture. These students can show their appreciation by working hard to show their parents that their sacrifices became something worthwhile.