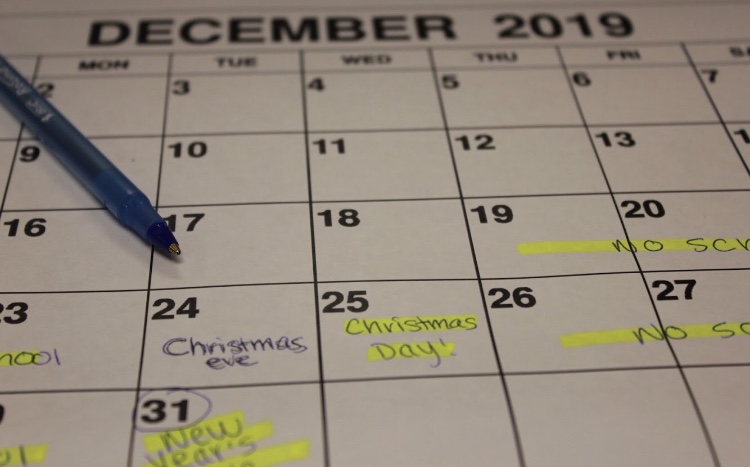 With the end of the year nearing, many students will be reminiscing about the biggest moments and memories to happen this year in and outside of school. 2019 was characterized by the rise of many new trends and adjustments students took part in.

This year, Lake Ridge has more kids than they have ever had before. The school decided at the beginning of the year to get rid of bells and shorten passing periods to four minutes instead of five in order to add more lunches to accommodate for the amount of students and move throughout passing periods faster. Jordan Nyugen, junior, heard rumors and saw screenshots being passed around on social media about the schedule and contacted Brandon Johnson, Lake Ridge Principal, to confirm whether or not they were true. They scheduled a meeting and spoke about the changes. She then chose to share what she learned on snapchat where many students responded upset by the changes.

“I definitely thought the new schedule would be a challenge for everyone to adapt to because as soon as it was released, I got several complaints and messages. Honestly, I don’t think the changes impacted the school significantly. I don’t necessarily like it, but a schedule is a schedule and at the end of the day it works just fine,” said Nyugen.

Outside of Lake Ridge, in the music industry, in 2019 Lil Nas X released the record-breaking song titled “Old Town Road.” The single gained recognition for mixing both the country and rap genres. It went on to be the longest running number one on the Billboard Hot 100 chart. Sophomore, Ella Hernandez, became a Lil Nas X fan after hearing his song on the radio.

“I liked the song a lot. I think it was very unique and it deserved the hype. I think the first time I heard it was on the radio. I instantly liked it because it had a different type of sound and vibe that I had never heard before. I don’t think the song ever got old for me. Plus he was always releasing remixes so I think that kept it fresh for me,” said Hernandez.

Another thing to become popular this year was the TikTok app, which allows users to make short videos while singing, dancing, or acting. Much of the content on the app uses clips from popular songs, movies, and television shows to create dance challenges or simply funny videos. Madeleine Bush, junior, uses the app for one or two hours everyday because she enjoys learning the dances and making videos with her friends.

“I think TikTok blew up because it allows young people to express their creativity in a way that no other app has really offered, and since most people like music and dancing, a lot of people took advantage of this app which makes it pretty simple to learn dances. Also, a lot of people make funny videos that correspond with popular music, which is entertaining to watch,” expressed Bush.