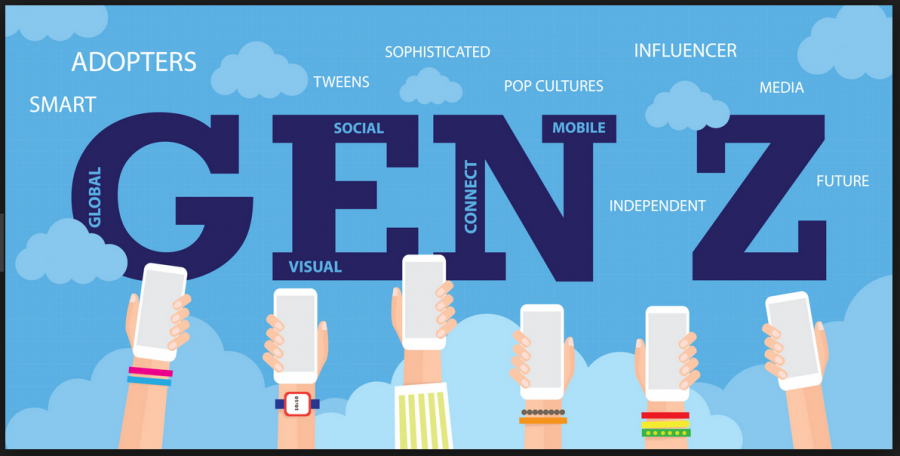 Debates are sparked, arguing whether Generation Z is too sensitive or simply intolerant?

Gen Z has often been labeled as lazy or too sensitive, which is usually contributed to the fact that technology has played a major role in their childhood years. However the debate about if Gen Z being too sensitive or just “woke” has many sides to it.

The popular app Tik Tok allows creators to voice their opinions. Tik Tok creator, Donelij, was banned from the app following accusations of being homophobic and transphobic however, Donelij never talked in his videos and he would often duet videos of transgender or non binary people, quickly changing from a smile to a straight face. Despite some people finding this offensive, many more were offended by his followers who would often comment racist and homophobic things on various creators’ post, using Donelij face as a profile picture. Since Donelij never spoke in his videos, many people began to call those getting offended ‘snowflakes,’ meaning they couldn’t take a joke. Sophomore, Angelica Diaz, thinks that these types of jokes just aren’t funny.

“I think a joke has gone too far when someone’s obviously offended by it or it hurts somebody’s feelings. I think people shouldn’t joke about another person’s insecurities, race, sexuality, or opinions, because these are all things that are serious and are a part of people’s identities. I just don’t think it’s appropriate for them to be turned into a laughing matter therefore if one gets offended by a joke about something like that I don’t think they are a snowflake, I think a snowflake is someone who gets offended by jokes that don’t have to do with ones identity,” Diaz said.

However many adults and even some Gen Z-ers say that if something is obviously a joke there is no need to get offended by it. Many past shows and movies like the Office, Parks and Recreation, and the Boondocks use racial and gender stereotypes in order to make the audience laugh. However, many members of Gen Z still find these shows humorous. Junior, Ella Hernandez, is a big fan of the Office, but admits that some of the jokes can be insensitive.

“I’ve always loved the Office’s humor, but I have to admit some of the jokes are outdated and wouldn’t be ok today. I do think there are ways to be funny without being racist sexist or homophobic, but you do have to realize the show was made in a different time. I personally don’t have a problem with many of the offensive jokes. I understand that’s a part of the show’s humor, so I feel if those jokes would offend you, maybe the shows are just not for you,” Hernandez said.

“The boys” humor has taken over on many social media apps including TikTok; it features teenage boys who usually make fun of the way people look and or act. The boys have gotten backlash by other creators for their jokes but it hasn’t seemed to have any affect on their humor. Junior Noah Sohna thinks that people today get offended too easily.

“I think if something is obviously a joke then people shouldn’t really get offended like some people take things to heart and make big deals out of nothing, and some people just read too much into a simple joke. I don’t think people should joke about people’s personal life or issues or make fun of the dead but pretty much everything else is ok as long as you don’t go too far which is when nobody is laughing anymore,” Sohna said.

However, some people think that Gen Z isn’t sensitive, instead they just won’t put up with offensive jokes. When someone does something on a social media app, they are usually called out immediately. Junior, Skylar Parker, thinks that offensive jokes just don’t have a place in today’s society.

“I don’t think people should make jokes with racism, homophobia, texturism, featurism, the prejudice of non Eurocentric features, or ableism; these jokes just aren’t funny and uncalled for. There are so many things that people could joke about, so I don’t understand why people feel the need to joke or even talk about people in such a negative way, especially because if you’re making fun of one person for having one of these traits, you’re making fun of a whole group of people. A large creator’s words can have such a large effect on your viewers, especially the younger kids,” Parker said.

Whether Gen Z is too sensitive or simply less tolerant to certain jokes, the argument has many aspects to it, with some believing that offensive things said in a joking matter are okay and others believing that the jokes have no place in today’s society.