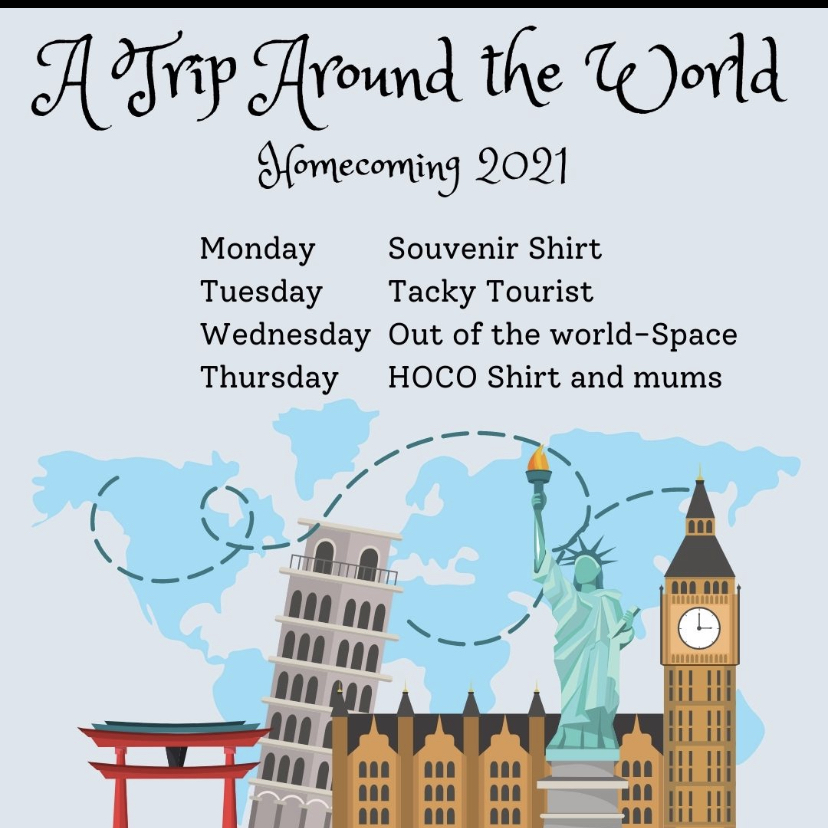 Homecoming is typically a time full of fun and tradition with mums, football games, and Lake Ridge alumni all returning in order to create a fun and celebratory environment for past and current students alike. However, this year the spirit days have caused a bit of drama with some coming up with alternate dress up days that they felt were more exciting and inclusive.

While in the past many students have complained about the spirit days Student Council, STUCO, has come up with due to the fact that they can be hard to participate in and boring to many students. Due to this Senior, Udo Okoroie, felt as though coming up with alternate dress up days would benefit students by allowing more people to get involved in the spirit days by coming up with more fun and trendy dress up days.

“I felt as though the dress up days weren’t catered to the whole school, so I asked people on my story what days they would’ve wanted,” Okoroie stated.

However, due to the backlash that the alternative days caused, they were taken down leaving only the original spirit days for students to participate in.

“I talked things out we STUCO and we worked things out, the people in STUCO were mad about the dress up days while the rest of the students liked it and wanted to participate.If I could go back, I would handle things differently by going through the administration first and getting it approved so that our dress up days would be more doable for the student body as a whole,” Okoroie said.

Other students felt as though the alternate dress up days were more inclusive and would have allowed for more people to participate and show school spirit, some seniors, like Aryca-Rae Williams, thought that since it is their senior year the spirit days should go above and beyond the normal days that occur every year.

“I feel as though the original STUCO dress up days are a bit boring and they aren’t as fun as the ones they were supposed to be changed to. I thought the alternate days seemed a bit more fun and more people would have participated in them. I don’t feel as though my opinion matters to STUCO because they are their own group so if we have an idea they aren’t going to listen to them, even though they should because some of their ideas are boring and played out, especially when you see other schools having fun and expressing their ideas. You only get a high school homecoming for four years and since it’s our senior year I really wanted it to be fun.” Williams said.

Some students such as STUCO member and senior, Skylar Parker, can understand where both STUCO and those who supported the alternate dress up days were coming from. Despite being in the STUCO class she feels as though her voice can be looked over.

“I feel as though the people who came up with the other dress up days should have went to Mrs. Stinson first before they decided to advertise the dress up days instead of going behind their back and announcing it to everyone that there were different dress up days.” Parker said.

However STUCO teacher, Hannah Stinson, feels as though more work goes on behind the scenes in order to make dress up days happen. Dress up days have to follow a theme and usually have something to do with whatever football team the football players are playing against. Dress up days also have to get approval from the administrators which limits the dress up days students can participate in.

“STUCO talks and figures out which days they want to do and sometimes we try to match up with the teams we play like when we play Prosper we may do a twin day because we are both Eagles. We always welcome ideas and suggestions and everyone is welcome to join the student council so I do feel as though the process is inclusive for the whole student body. The alternate spirit days kind of defeated the purpose of homecoming because we are all supposed to be coming back together as a family and instead of all being one it is splintered. Those who complain about the dress up days could tell us what they want to do via social media, meetings, and emails. We want people to give us ideas because the more people that give us ideas the more new fun things we have,” Stinson said.

All in all, students are able to voice their opinions to STUCO in order to ensure their ideas are heard. However some students don’t feel that this is enough and will likely continue to not participate or come up with their own ideas for spirit days.