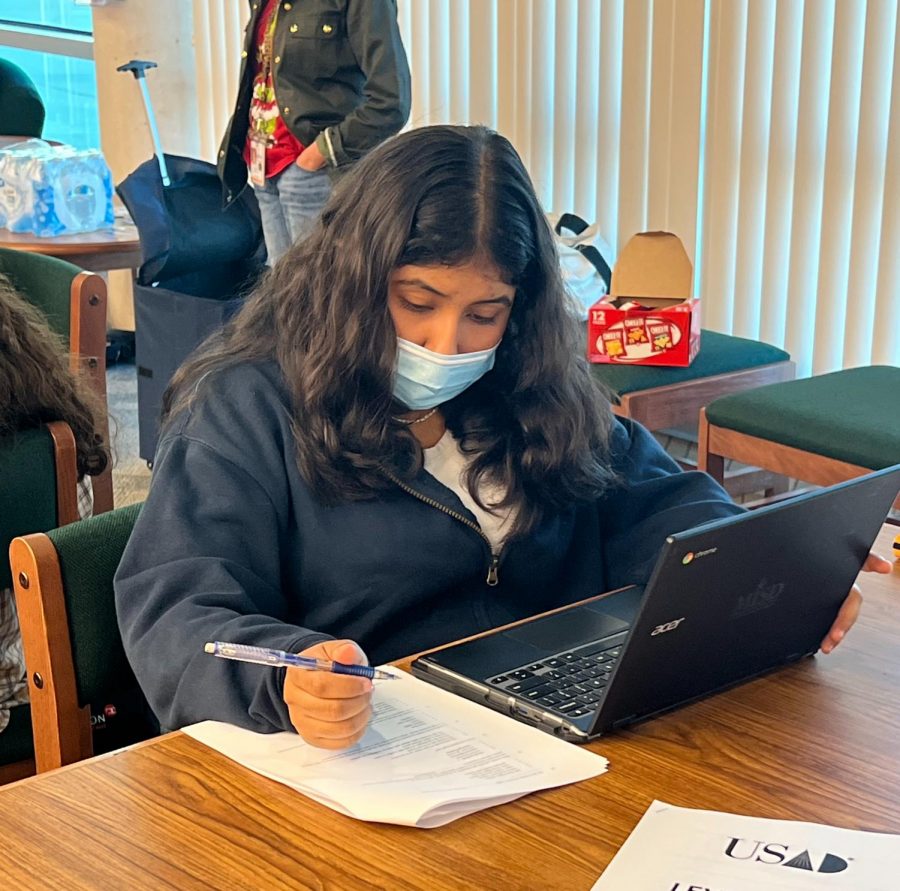 Some people may start to rely on certain things throughout different stages of growing up . Babies rely on their parents to stay alive, kids may rely on toys and stuffed animals for comfort and joy, and adults tend to rely on their jobs. As one reaches their teen years, the thought of what they should rely on is not as specific anymore.

Music can be used for a variety of reasons depending on the listerner. It may not seem like something that a person 100% needs such as food and water, but it can srill bring so much to some people like sophomore, Madison Nguyen, who need it in their lives in order to feel stable.

“Although I’ve always been around music, it became something that I couldn’t live without probably around the start of my freshman year. During that time I was going through a lot, and I had a difficult time being able to get my thoughts and feelings in check. However, whenever I listened to music, I was able to pay attention to the lyrics and relate to what I heard. from there, I was able to find an outlet,” said Nguyen.

Not having the thing that means so much to you in your life can cause distress. Nguyen believes that nothing could really replace music in her life.

“If I wasn’t able to listen to music anymore, I would probably not be able to make it through even a day because of how much and often I listen to music. I would honestly feel really empty. I can’t really think anything could replace music, but maybe a diary or journal,” said Nguyen.

According to a survey of pet owners conducted last year by the “American Pet Products Manufacturers Association,” two-thirds of Americans have at least one pet. Pets have proven to bring so much warmth and happiness, even in a teen’s life. Senior, Paulina Alvarez, could not live without her pet ferret.

“I cannot live without my pet ferret, named Valentine. I love her so much. I recently got her about 8 months ago and having an exotic pet has definitely been exciting since it’s not your typical cat and dog or goldfish,” said Alvarez.

The story of how one becomes attached to something in their life differs from a personal story to just something they saw on the internet. Alvarez got introduced to her pet through TikTok, and it soon became the most important thing in her life.

“I first saw a ferret on the social media platform tiktok, and I kept watching these humorous videos of them playing and dancing. From there I thought it would be cool to own one, so one summer I watched lots and lots of informative videos on owning a ferret and I learned that it wasn’t easy and that owning a ferret wasn’t an easy task. I even planned how much money everything would be to own one since you need lots of supplies and vet bills. So I worked for a whole summer and got about $600 to buy everything. Then a couple months later I bought a ferret at a pet store. It took a while to get my hands on one because they usually always sold out and there had been a shortage for a while,” said Alvarez.

Although not all teens are obsessed with their phones like some people like to believe, there are a good amount that are. Sophomore, Emelie Sarpong, could not live without her phone.

“I probably could not live without my phone because it’s something I use consistently and I haven’t gone a long period of time without it. I started not being able to live without it in middle school and especially during the beginning of high school because of Covid and other things that made electronics more necessary,” said Sarpong.

Nguyen believes that most people her age would agree with Sarpong’s statement, that they can’t live without their phones.

“I’m probably going to sound like a grandma saying this, but most teens probably couldn’t live without phones and other devices. It’s just become something that everyone relies on everyday, so it would be difficult to suddenly stop,” said Nguyen.

Although being attached to something is not always seen as the best thing, almost everyone has something in their life that they could not live without. And this can be simply because that item brings them so much joy in their life.