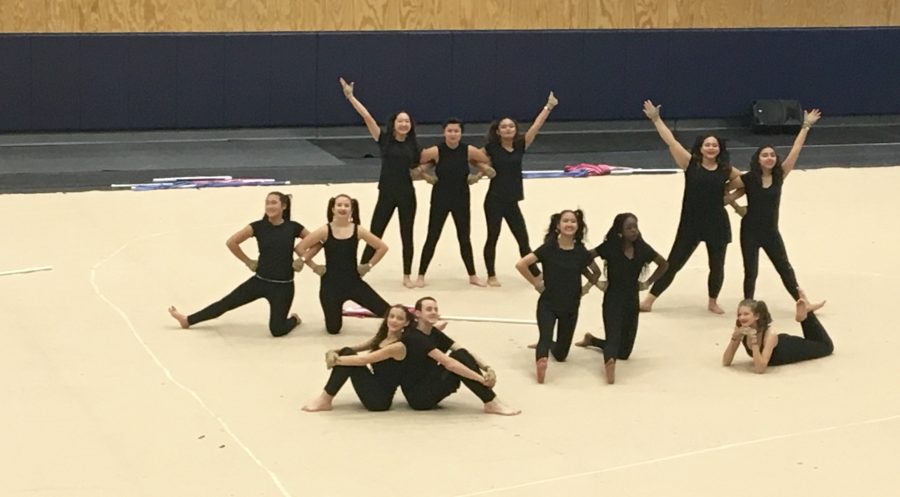 The Lake Ridge JV and Varsity Winterguard teams took to the floor in competition on Saturday, Feb. 4, in Flower Mound, TX.

The teams participated in the North Texas Colorguard Association (NTCA) Flower Mound High School Winterguard contest against other teams from around the region.

“I thought they did very well considering all of the new kids in the show and they had to learn over half of their routine this past week,” Redman said. “They had a lot of things working against them but they made it happen and that’s great!”

“The performance was one of the best we’ve ever had. I’m sad it’s slowly coming to an end, but I’m ready to close this chapter and start a new one,” explained Gilchrist on the competition being the start of her last season.

“I’m very proud of all of the team members.  It was an amazing accomplishment because 75% of the performers had never tossed in a competition before,” Johnson explained.  “We had great team bonding and it’s only the beginning of an amazing season.”

The JV and varsity winterguard will be back in action on Feb. 18 at Chisolm High School in Fort Worth.