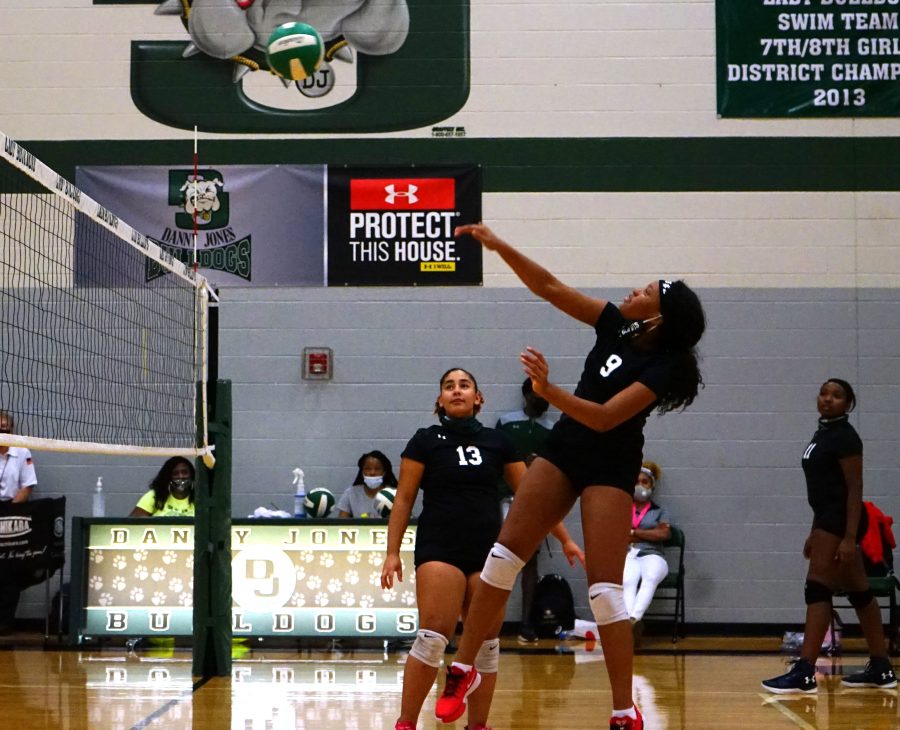 Eighth-grader Ryleigh Davis hits the ball over the net at a game against Howard MS Oct. 8.

The scrimmage was against Linda Jobe MS.

Eighth-grader Ryleigh Davis, the starting hitter on Danny Jones’s eighth-grade A-team, said that she and her team have done well, and can keep doing better.

“There was a lot we did well during the scrimmage like our serves were very good, but there are also some things we need to work on like passing and rotations,” Davis said.

The volleyball teams aren’t just players on a team, but are also good friends that have all bonded together.

Seventh-grader Tayla Partee, seventh-grade A-team’s starting middle blocker, said she was very confident in her team and wasn’t nervous at all.

“We have some really good hitters, and I definitely think we will win,” Partee said.

The volleyball teams are working to become better and better, and that is clearly showing, according to their coach.

Volleyball coach Stephanie Lewis said she’s seen improvement from her team. She said that they are really committed and constantly improving their skills.