Halftime with The Weekend 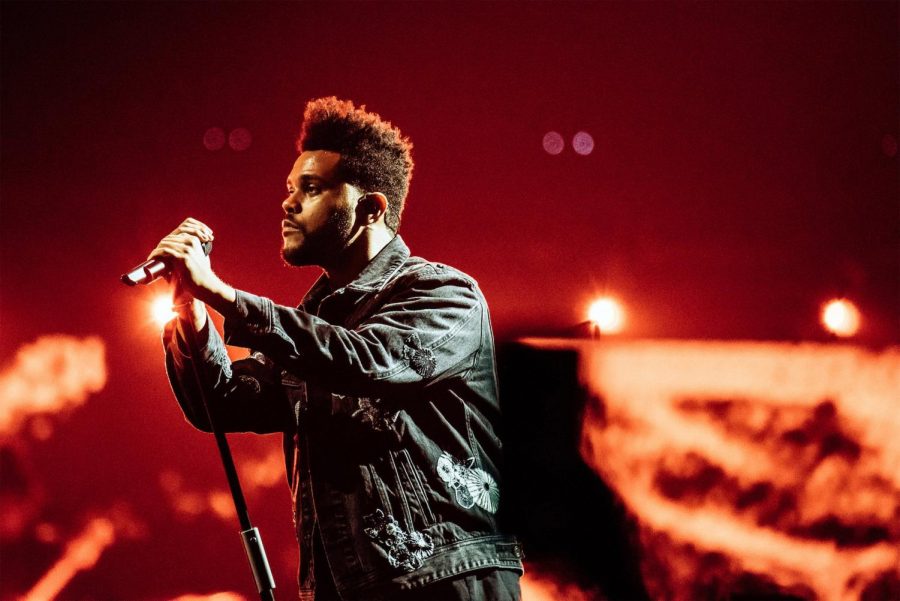 The Weekend will perform at half time of this year's Super Bowl in Tampa, FL.

This year’s Super Bowl will house the Kansas City Chiefs and the Tampa Bay Buccaneers in Super Bowl LV out of Tampa, Florida. It marks the first time in Super Bowl history that one of the teams in the NFL championship game is playing in its home stadium. This year, Canadian artist Abel Tesfaye, professionally and more commonly known as The Weeknd, will set foot on, arguably, America’s biggest stage and perform at the 2021 Pepsi Super Bowl halftime show.

Last year, Jennifer Lopez and Shakira teamed up and gave a halftime show like never seen before. This leaves many wondering how the three time Grammy award winner will fill in the shoes left behind by the Latin superstars. Junior, Natalie Mitchell, is confident that The Weeknd’s performance will be worth the watch. Mitchell is also a big fan of the artist and is eager to see which of his top hits he will perform.

“I am really excited for The Weeknd to perform. I like a lot of his music, so I’m really interested in it this year. I am especially intrigued by who he’ll bring on stage with him as his special guests, as well as what he’ll be singing. Many of his recent songs, like Heartless and Blinding Lights, are really fun songs to listen to, so imagining him performing them will be amazing,” said Mitchell.

The Weeknd recently told Billboard that he put up seven million dollars of his own money to make this halftime show be what he envisioned. This sparked a conversation among potential audiences, trying to think of what kind of over the top performance he is planning. Similar to Mitchell, junior, Daniel Akinola, thinks everyone will be amazed by The Weeknd and could have something up his sleeve since he will be paying for his own show.

“I love the Weeknd and I think his performance will be incredible. He is the man behind Blinding Lights after all. He probably has something crazy planned for it and we’ll be amazed what he’s gonna do,” said Akinola.

As many people are aware, The Weeknd is known for putting on unique and different performances. With the artist putting in money from his own pocket and renting a nine million dollar stage set, senior, Mia Hernandez, believes that the halftime show could go one of either two ways. Either, one, it’s a successful show or, two, it’s a halftime show people won’t be pleased with because of how different the performance might be.

“I think he’s probably going to have something really wacky with a storyline. It’s either going to be really good or really bad, but hopefully it’s entertaining,” said Hernandez.

Unlike Mitchell, Akinola, and Hernandez, some are slightly doubtful about The Weeknd not being able to give the halftime show many are expecting and wanting. Many are suspecting that the show could end up like Maroon 5 back in 2019 or Justin Timberlake back in 2018. Junior, Alex Robb, is unsure how The Weeknd’s music will be able to hype up the crowd. Robb also believes that it’s a generous act for the musician to be paying for the halftime show from his own money.

“The songs that I know him for aren’t really as punchy as I would expect for the Super Bowl. So I expect different arrangements to make them have higher energy. He may be spending his own money to make up for the probable lower budget due to the pandemic. Which I think shows his dedication to the project,” said Robb.

The halftime show has always been catered to TV audiences, with the actual attendees being an afterthought, and this year, audiences can expect this to be emphasized even further. It’s a safe bet that The Weeknd’s performance will be technologically-focused and centered around interacting with fans around the world. That’s always been the case with Super Bowl halftime performances, but this time around, audiences are hoping for an extra special connection with everything going on in the world.