Is There a BOO Near You? 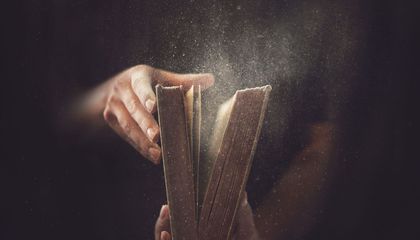 The DFW area is home to a number of places that have a haunted history.

As the “spooky season” approaches, many people are starting to stock up on candy and preparing their costumes for this ghostly holiday. As this season is known for its ghosts and ghouls, there are a few fables of the holiday such as “The Headless Horseman” and “Frankenstein” that are shared to add to the shrieks and scares of the season. Although many people confide in the idea that these tales are fake and a complete hoax, others find more local stories to be true, as there are more personal accounts and eyewitness reports of the various sightings.

As many tales originate, ghost stories oftentimes start out with the death of a vengeful soul who still haunts the Earth ’til this day. According to locals in Arlington, Texas, a group of teens were speeding too fast and hit an oncoming car on the bridge at River Legacy Park and resulted in both cars sinking into the river. At night, many locals have reported seeing that same car’s lights while walking along the bridge on cold nights. This could be perceived as a mere rumor without hard based evidence, but others who have traveled to the site have revealed having a cold shiver down their spine, as well as having a strange, uneasy feeling while walking across the bridge.

If this wasn’t enough to scare park roamers of Arlington, another location at this park had been an additional site of tragic deaths. Along the trails of this eerie park, joggers have reported seeing a trail leading up to two fence posts along the sides of the trail. It is rumored that the gate that used to be attached to the two posts was the last thing Union soldiers saw before they were killed by the Confederate soldiers during the Civil War. This trail came to be known as Hell’s Gate and people who run at night have reported hearing the sobs of the soldiers as they are approaching death and that they have felt as if they were being watched as they were there. Other individuals have reported seeing a man in a confederate uniform guarding the area as they were approaching the gate, so many are unsure what to think of these seemingly tall tales.

In addition to these sightings of ghosts, graveyards are also known to give an eerie presence while being explored at night. Along the University of Texas at Arlington, there lies a hidden graveyard which used to be the Berachah Industrial Home, an institute used to help women join society through employment skills. Later, in 1935, the industrial home became an orphanage and then became “The Lost Cemetery of Infants.” According to some of the students attending the college, child-like figures can be seen between the trees in the surrounding forest, watching those who come to the site where they have died. The sounds of children’s’ voices and deceased newborns’ cry can still be heard in the graveyard as those who visit the graveyard also often find small children’s toys disappearing and reappearing on various graves.

Aside from River Legacy Park in Arlington, this natural phenomenon of ghostly sightings have been observed all around the Dallas Fort Worth area. In Fort Worth, there stands a castle off of Lake Worth called the “Castle of Heron Bay.” It was constructed as a gift by a young groom to his bride in the 1960s but is known to bring misfortune to those who own it. It is said that on the day of their wedding, the bride was found dead in the lake and many people who have visited the castle have reported seeing a young woman in a wedding dress running around the castle, only to disappear as she approached the lake. Later on in the 1920s, the Whiting family obtained the property and their youngest son was soon found dead, along with a fire that destroyed most of the property. Currently, the property is now owned by the government and is boarded off for those who still remain curious about the events that had taken place within the haunted castle’s walls.

Moving closer to Lake Ridge, in Grand Prairie, Texas, at the Ripley’s Believe It or Not Wax Museum, a mysterious fire engulfed the museum melting hundreds of wax figures resulting in a loss of millions of dollars. The chilling part isn’t about the fire that overtook the museum, but the fact that those who have previously worked there over 25 years ago have died due to unfortunate accidents. The former co-owner had “accidentally” poisoned herself with strychnine and her assistant died after experiencing excruciating abdominal pain from her perfectly healthy organs. Although little ghosts sightings are documented in the museum, some spectators are known to have smelled burning wax along with a small tingling sensation, indicating the same abdominal pain the co-owner’s assistant experienced shortly before she died.

People pass local tales from generation to generation, either based on historical events or personal accounts, prompting individuals to continue to believe in the likelihood of these ghosts existing. People tend to not believe the stories they read online, others tend to read these “fables” for entertainment, but the fearless choose not believe anything until they see an eyewitness account firsthand. As Halloween edges closer and closer, many tales of these hauntings will be shared, leaving students to decide if they tales are just a hoax, or if there are real paranormal activities that people have seen firsthand.