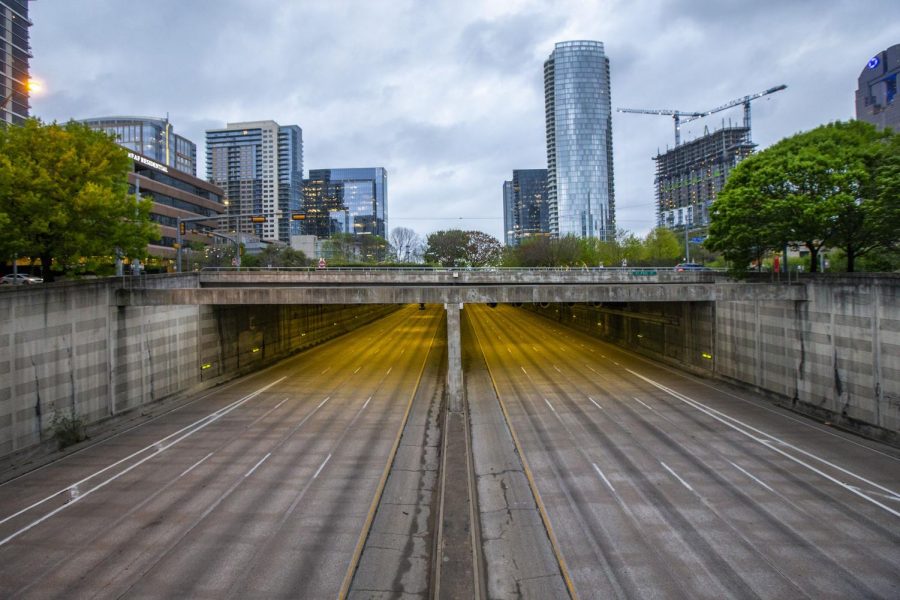 COVID-19 has brought our way of life to a screeching halt, but we have adapted. First responders have gone above and beyond the call of duty to keep those who have been infected alive. Grocery store employees have continued to work so that the American public still can put food on their table. Just two month ago Americans were planning out their spring break trips, going to parties, and generally living life. Lockdowns are now expiring and Americans cautiously step back out into the world. However, this world won’t be how we left it.

On the frontlines fighting the COVID-19 epidemic, Nurse Resident Sara Cardenas at Medical City Arlington describes how hospitals have reacted. Cardenas says that while healthcare personnel have been trained for certain scenarios, a worldwide disease outbreak was not among them.

“We’ve had some training, but honestly, nothing of this nature has happened before. We’ve had emergency preparedness, where, for example, they would drill us on what we would do in the event of something catastrophic like a 30 car pile-up on the highway, but there’s never been something for the event of a massive pandemic,” said Cardenas.

Hospitals, however, are required to adapt in order to save lives. According to Cardenas, Medical City Arlington has turned a portion of their hospital into a dedicated unit that solely cares for COVID-19 patients.

“In the E.R. we have something that we call a COVID unit, where we transformed one of the back hallways with four beds where we assign one nurse and one paramedic who have no other patients. If a presentive positive COVID patient comes in, we bring them back into those rooms and begin to do the chest x-rays as well as whatever the doctor wants to do and they stay there in those rooms, where they’re isolated from the rest of the rooms and patients. The COVID unit is probably going to stay until August 1st, but it’s dependent on what hospital you’re at and what healthcare system you’re working under,” said Cardenas.

Healthcare personnel aren’t the only people who fight COVID-19 on the front lines. Zhivonni Cook, Media Relations Officer for the Mansfield Police Department, is among those who must continue to serve. Cook claims that changes have been made to protect officers as well as citizens, such as updated sanitation procedures.

“When officers respond to calls, they adhere to good hygiene measures as directed by the CDC. For example, if we can call a complainant and manage their issue over the telephone, then we try and do that for certain low level incidents. When we have to respond to a house, we can ask the residents to step outside while maintaining social distancing during the call. Officers also have access to personal protective equipment (PPE) to safely mitigate calls,” said Cook.

The police department isn’t the only portion of city government that has had to adapt to these changing times. According to Mayor David Cook, most city employees have still had to work, but many city services are now being controlled digitally.

These changes, while new, might be around for some time. Mayor Cook foresees that some of the new methods city residents can receive might become a permanent fixture in daily life, such as paying certain bills or taxes.

“I could see some of the ways that our citizens are now obtaining their city services may continue as our citizens may see it as a more convenient way of taking care of their business, i.e. paying water bills, contractors utilizing online services for construction projects, more people are probably utilizing online options and or the city’s cable channel to watch our council meetings,” said the Mayor.

Online learning has also become an important aspect of daily life as many remain indoors. According to Dr. Kimberly Cantu, Superintendent of Mansfield I.S.D., the changes introduced during the stay-at-home orders might be considered as new, permanent ways to receive a public education. She also believes that restrictions on large events and gatherings, such as football games and pep rallies, might remain in effect.

“As things become less severe, I could see a focus still on social distancing remaining for quite a while, as well as some limits on—and new structures to—large group gatherings. Online learning will continue to get more and more refined as well, and we could see a request for more of this type of educational delivery in some settings,” said Cantu.

The world is changing. These moments will be talked about in history books years from now, and its effects will be felt long after the virus itself clears up. Small businesses have suffered, thousands have died, and changes to our way of life will remain for quite some time. Whether you believe these changes are for the better or for the worse, remembering why we make these changes is just as important as washing your hands.