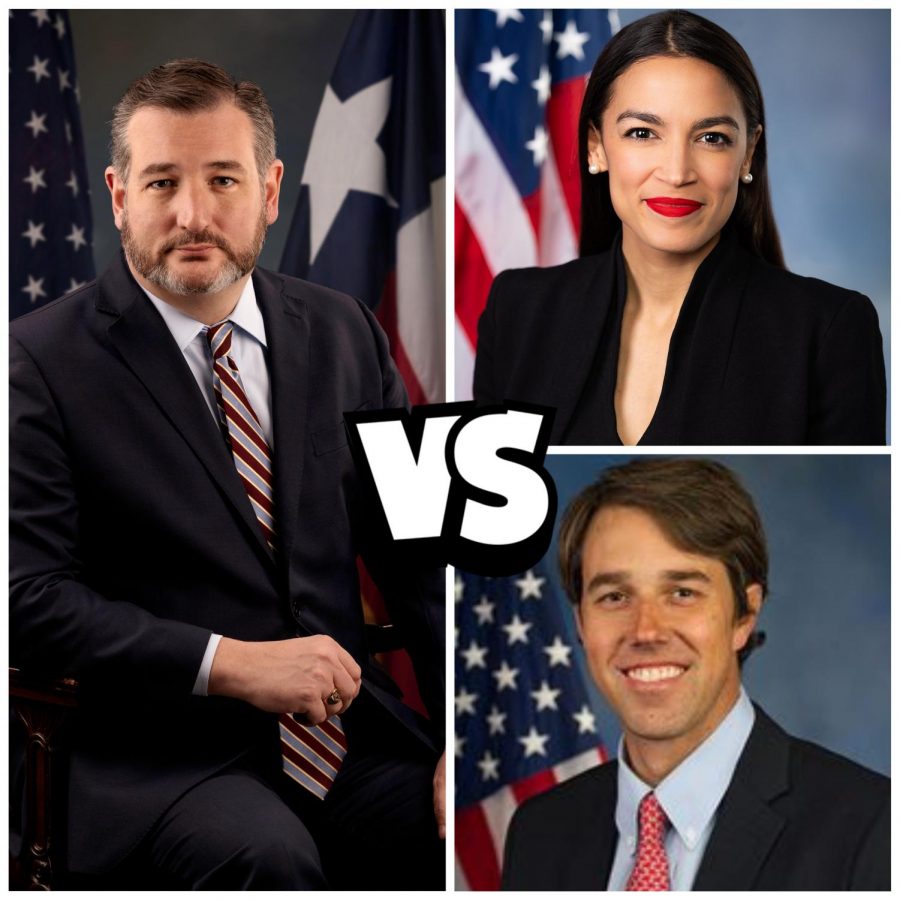 Texas Senator, Ted Cruz, is under fire for fleeing his constituents; meanwhile, his political adversaries, Beto O'Rourke and Alexandra Ocasio-Cortes, stepped in to help during Texas' winter storm.

Hundreds and thousands of Texans had been living with the fallout of a winter storm that has left many without power, food, and water for days. Senator Ted Cruz decided to leave Texas and vacation with his family to Cancún, Mexico. Cruz faced immense backlash upon his return claiming he was trying to be a good dad for his daughters. Meanwhile, two of his political opponents, Beto O’Rourke and Representative Alexandria Ocasio-Cortez, popularly known by her initials AOC, raised money and offered their help to Texans who had been greatly affected by last week’s winter storm.

On Thursday, AOC took to Twitter to announce a fundraising campaign for Texas and, within two hours, she raised $325,000. By Sunday morning, that same fundraising campaign had increased to $4 million dollars. AOC also joined local politicians, including Representatives Sylvia Garcia, Al Green, and Sheila Jackson Lee, to load up meal boxes at the Houston Food Bank. They also delivered water and visited the homes of Texans who had been affected by the storm. Junior, Holden Hathcock, said Ocasio-Cortez and O’Rourke set an example of what Texas leaders should do.

“AOC and Beto are the true leaders here. Beto is a resident of Texas and actively volunteering and helping out is magnificent. AOC, on the other hand, had to fly down from comfy New York City to travel to Texas to hand out waters and help the community. In my point of view, AOC’s actions were astonishing and showed true leadership. In fact, while all this was happening, John Cornyn was “stuck in DC” and Cruz was in Cancún, leaving no Texas Senators to lead our Lone Star State,” said Hathcock.

Cruz is continuing to face criticism of his own for traveling to Cancún, Mexico from Houston with his family Wednesday night as a winter storm left millions of Texans without power or water and disrupted the state’s efforts to distribute the Coronavirus vaccine. Cruz released a statement saying why he decided to leave and he instantly said he regretted his actions.

“I started having seconds thoughts almost the moment I sat down on the plane, because on the one hand, all of us who are parents have a responsibility to take care of our kids, take care of our family. That’s something Texans have been doing across the state. But I also have a responsibility that I take very seriously for the state of Texas and frankly, leaving when so many Texans were hurting didn’t feel right and so I changed my return flight and flew back on the first available flight I could take,” said Cruz.

Many politicians and public figures who are against Cruz took to social media to criticize and call out his selfish actions. Isabella Daniels, junior, admitted she did not appreciate Cruz leaving for a vacation because of how the effects of the winter storm affected her and her family.

“My family had no power, water, and internet for a long time and a lot of our pipes burst, even though we were doing everything we were supposed to do to prevent that. I have an issue with Cruz leaving during the storm because we were looking to the news for reassurance when the power would come on for an hour or two, hoping someone would be talking about ways to tackle what was going on and how they would try to help, but the first thing we saw was our senator fleeing to Cancún. Even if he wasn’t running away from his duties, he was traveling which I don’t think sets a good example considering the anniversary of COVID is coming up and we have a death toll of 500,000. It seems very selfish and looks like he didn’t know how to handle the situation and just decided to ‘take a break’ while our state was in crisis,” said Daniels.

As Twitter users erupted and mocked Cruz and called for him to resign, Houston-based journalist, Michael Hardy, drove to Cruz’s home to confirm if he had lost power. Hardy posted a photo of Cruz’s dog, Snowflake, looking through glass in the front door. Even though Cruz’s security guard claimed that he was the one taking care of the Cruz family dog, this caused many people on social media platforms to accuse Cruz of leaving his dog alone in their powerless and freezing home. Alex Robb, junior, said he does feel bad for Snowflake and wishes more senators to show compassion especially towards animals who don’t know what’s happening in certain situations.

“I do feel for Snowflake, as they are emblematic of the entire situation, left to freeze, wait, and also be abandoned by the senator- demonstrative of the senators lack of compassion, empathy, and it has to stop,” said Robb.

As for the aftermath, Cruz and his family returned home after one day in Cancún, a separately organized fundraiser for a mariachi band to play outside his home on Thursday has since been attracting donations with proceedings going directly to Texas Children Hospital in Cruz’s neighborhood of Houston, and many Texans are still trying to recover from the winter storm effects with the help of local politicians.