Candy Comes with a Cost 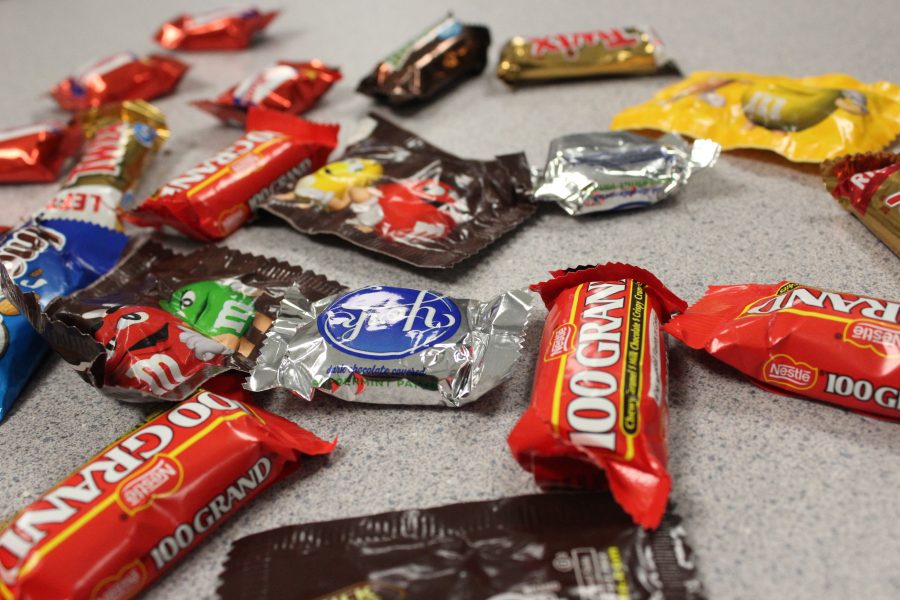 Trick or treat, give me something good to eat. One of America’s most celebrated holidays, Halloween, is just around the corner. According to Aol.com, the average American consumes over 24 pounds of candy a year. Could this be a reason why America has the highest child obesity rate?

Candy can create cavities and have a negative effect on children, even on adults. Being both a trick and treat, candy can leave a negative and positive impact on one’s health. Tricia Johnson, school nurse, believes candy isn’t as bad as most modern-day health nuts would believe.

While many people dress up for Halloween, others see it as a personal shopping spree for candy. Emily Hamm, Freshman, believes candy shouldn’t be the main focus of Halloween.

“Candy shouldn’t be given to kids in my opinion because it can cause things like diabetes or kids being sick. An easy way of avoiding sick kids and diabetes is not giving out at all,” said Hamm.

“I would definitely let my child have candy on Halloween because it’s a special occasion, but I would check my child’s candy because it doesn’t hurt to be extra safe and make sure nothing bad is in the candy or something has been put into it,” said Gregory.

Some are prompted with the struggle in waiting to eat candy. Heather Willson, history teacher, keeps her younger children in line by giving enough independence to collect candy but not giving them too much independence when it comes to eating the candy, although with her oldest she has a lot freedom but is just given candy.

“My daughter knows she gets candy. We go as a group with family members. Some members are peanut allergic so everyone knows that we sort. Parents get the best chocolate, children do not get any peanuts, the rest of the candy that I like for her. Gummies and easy little ones because she’s little. The oldest daughter, we just buy her candy because she’s 23, we don’t send her out trick or treating, but the little ones we take out. She knows she gets a couple pieces a day and which diminishes quickly but she still gets candy for a while and doesn’t realize it,” said Willson.

“I think you’re better off being safe and actually looking at the candy, I don’t think it happens as frequently as people might think, but just check your candy just to make sure,” said Johnson.

Candy can really trick you by being a delicious treat. While keeping a close eye on your candy this holiday, limit your sweets intake and stay safe on the streets. Also, make sure there areno witches take your candy during these gh’oul times.