“We Live in a Society” 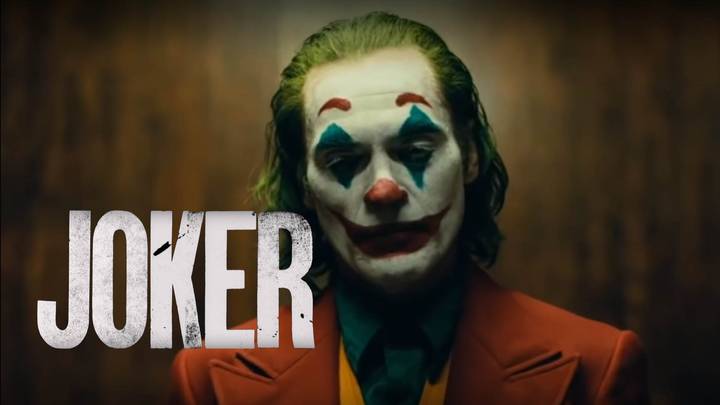 The Joker Film was released on October 4th. Courtesy of Google Images.

Mental Illness has long been a difficult subject for many as evidenced by the creation of Mental Illness Awareness Week, from October 6th to October 12th, to raise awareness about this seldom discussed issue. The timely issue of Mental Illness, however, was also accompanied by the release of the critically acclaimed Joker film.

The Joker focuses on the story of Arthur Fleck, otherwise known as the Joker, a primary antagonist within the Batman comics by D.C. Comics. Painting him in a sympathetic light as a victim of a society who ignores and abuses the poor and mentally ill, this inspired controversy about how there are parallels between Fleck’s fictional story and the real-life origin stories of mass shooters, and how this might inspire similar acts of violence.

One of the main concerns the public has is how this could incite unstable individuals to violence. However, according to Michael Allen, AP Psychology teacher at Lake Ridge, there isn’t enough data to assume that violence can be incited by various forms of violent media, including films and video games.

“There was the same paranoia for movies in the past. For example, Psycho, which was released in 1960, people were afraid that it was going to lead to violence because it was one of the first violent movies that was popular. There is no evidence to suggest that a movie can lead to mass violence. There are certainly copycats, meaning single events where people played out something they saw in the movie, but it’s certainly not widespread,” said Allen.

Despite the lack of plausible evidence, the film has received criticism from the public, more specifically left-leaning individuals, as painting the villain as the patron of involuntary celibates, or incels. Victims of the Aurora, Colorado shooting on July 20th, 2012, voiced their concern via a letter to Warner Brothers Studios, asking the media giant to reconsider their release.

“When we learned that Warner Bros. was releasing a movie called ‘Joker’ that presents the character as a protagonist with a sympathetic origin story, it gave us pause. We want to be clear that we support your right to free speech and free expression. But as anyone who has ever seen a comic book movie can tell you: With great power comes great responsibility. That’s why we’re calling on you to use your massive platform and influence to join us in our fight to build safer communities with fewer guns,” wrote the Aurora victims.

In 2012, a gunman opened fire in an Aurora, Colorado movie theater during a showing of The Dark Knight Rises. Courtesy of Google Images.

Similar reactions were received by advocates against gun violence, due to their concern that, in their opinion, the murderous villain is being shown as a victim. Due to the widespread criticism, Warner Bros. released a public statement to attempt to quell the public worry for the tragedies they believe might follow after the movie’s release.

“At the same time, Warner Bros. believes that one of the functions of storytelling is to provoke difficult conversations around complex issues. Make no mistake: Neither the fictional character Joker nor the film is an endorsement of real-world violence of any kind. It is not the intention of the film, the filmmakers or the studio to hold this character up as a hero,” said Warner Bros.

The director of the movie, Todd Phillips, also responded to the criticisms of the movie by saying that the “far left” is trying to use public fear as a tool to push their own ideals, comparing them to the “far right.”

“I think it’s because outrage is a commodity, I think it’s something that has been a commodity for a while. What’s outstanding to me in this discourse in this movie is how easily the far left can sound like the far right when it suits their agenda. It’s really been eye-opening for me,” said Phillips on a September 20th interview with The Wrap.

Varying reactions have generated within the Lake Ridge community, as with the rest of the world. Junior Rhyan McNary, for example, is in the lot of the people who believe the Joker movie is a ticking time bomb, and that the film could certainly inspire the wrong people to do the wrong things.

“I do think this film could inspire violence. Anything, really, can inspire violence, but if people see something, they could be like, ‘Wow, I want to be like that person.’ or ‘I want to do that like they did it. I want to inspire people the way the Joker did in his movie to cause all the riots and everything.’ So, I do think someone would look to that and see it as inspirational,” said McNary.

“I felt like it was a really good movie. I think it was a good take on how Joker came to be, not just some crazed lunatic. I don’t believe the movie could cause violence, though, because the violence in Joker is really oversaturated. With how people are today, I don’t really think it could cause that kind of radical behavior,” said Thomas.

The film has certainly been politicized, as evidenced by Phillips’ words and the debates about gun control surrounding the film, but, according to Michael Allen, the fact is that there is no conclusive evidence that movies can inspire violence. Allen claims that there were two reputable studies into this hypothesis, that certain forms of media can inspire violence, and they both came out with completely different conclusions, with one claiming aggressive tendencies were a result from the playing of violent video games whereas another claimed aggressive tendencies were simply due to people losing the game.

Without proper evidence, claiming the movie will lead to violence isn’t a scientifically supported claim. Despite this, measures have been put in place, including undercover police officers being placed in movie theaters showing the Joker in New York City. A tragedy hasn’t yet taken place during a Joker screening, but feelings are certainly tense.