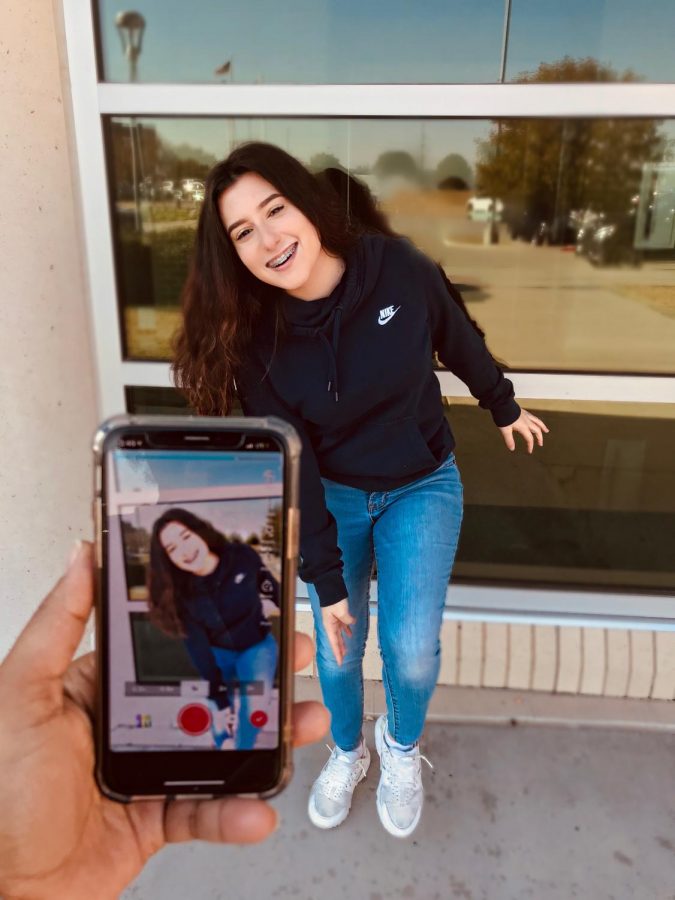 Brianna Megaro is TikTok famous. TikTok is a popular social media app that allows people to create videos while dancing or lip-syncing to music. Over time, Brianna has acquired more than 70,000 followers and over 800,000 likes on her videos using TikTok.

“Most of my videos I made in the beginning were mainly appealing to the public eye. I would do dances and challenges that were trending and people would let my video blow up by sharing it with their friends and their friends would start following me. It just grew into something that I never would’ve imagined.”

Gaining a huge fan base and audience definitely doesn’t come easy to everyone. It takes a great amount of effort, time, and most importantly, patience. Lots of people become a “one time” hit, meaning they blow up for a day and then are forgotten about, but maintaining the hype is an even bigger deal and that’s exactly what Megaro is doing.

“I make sure that I put myself out there. When people at school that I know have a TikTok, I advertise my name as much as I can to make sure they know me and everyone around them knows me.”

No matter what is done, people are always going to try to hate, bully, or bring someone down. Megaro keeps a positive attitude and stays motivated to accomplish her goal of increasing her followers and to become well known.

When she first started, Megaro just wanted to recreate popular videos and just have fun, either by herself or with friends. When she was first introduced to TikTok, she was not concerned about her fan base. It just became a hobby that she enjoyed.

“I definitely did not expect to become so well known from just these silly videos and it’s crazy. I was just expecting to have fun and get a lot of likes but I was not expecting to impact the lives of more than 70,000 people.”

Sometimes when she goes out, Brianna will get recognized from her videos. She calls her supporters “Bri’s Bees.” They ask to take pictures with her or even be in a TikTok, which makes Megaro feel good.

“When people are out and they notice me and are crying, it just makes me feel really, really good inside. Like I know that I’m doing something good in the world and making people happy. It’s just honestly crazy.”