Battle For The Bands: Spotify Versus Kakao Entertainment 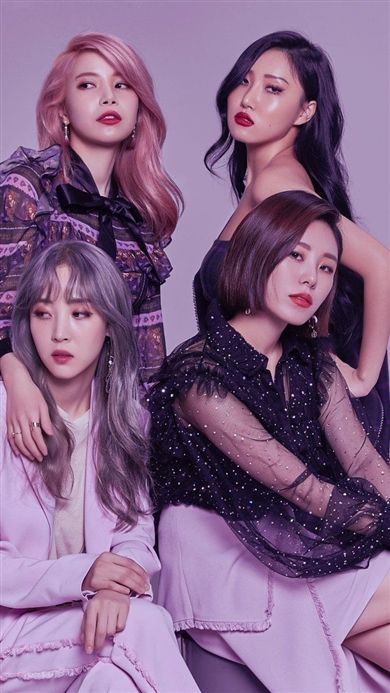 Mamamoo, one of the many artists who were affected by Spotify and Kakao Entertainment's dispute, had many of there songs taken off of Spotify this past month.

On March 1st, Kakao Entertainment and Spotify faced criticism from many K-pop fans after they came to a seemingly sudden conclusion to remove the songs of over 60 artists under Kakao Entertainment’s company. One of the artists who were affected by the decision, Tablo from the Korean band Epik High, tweeted a statement saying that their music was taken off the international market forcefully, which reinforced the anger many fans felt.

Both Kakao Entertainment and Spotify had released official statements describing the nature of the previously unknown debates on whether or not to renew the contract allowing Kakao Entertainment’s artists to remain on Spotify. According to these statements, Kakao Entertainment was the one who was requesting that their contract not be renewed. Lola Akintola, senior, and president of the K-pop Club concludes the motivation behind the disagreement was money.

“From what I heard, the reason why they took so many artists off of Spotify was that there was a disagreement between Spotify and Kakao Entertainment, the music distributor for many K-pop idols when Spotify opened their app to Korea. Kakao Entertainment canceled the contract in an attempt to not lose any money to their now rivals in music distributing and with a fear that Spotify would take over the music market in Korea,” stated Akintola.

Another K-pop fan, sophomore, Rital Bharatee, feels as though Kakao Entertainment had a financial agenda in mind, looking for wealth rather than supporting their artists. Bharatee acknowledges K-pop’s soaring popularity, which can be seen by over 41 billion streams on one of Spotify’s curated playlists, K-Pop Daebak. Bharatee also makes the point that K-pop has become so popular internationally, which means that fans in countries like Thailand and Indonesia, two countries with some of the most K-pop streams, will be upset at the sudden lack of music on Spotify.

“Their plan to make money won’t work. K-pop is one of the most popular genres worldwide, and them taking away artists that way will cause a huge problem, especially since there are a lot of people that use the app and Spotify’s business as a whole,” states Bharatee.

Bhavya Gireesh, junior, has some critiques regarding the morals of Kakao Entertainment. Gireesh feels as though Kakao Entertainment did not have their smaller artists in mind when they insisted that their contract be terminated with Spotify. Some smaller artists that were affected include the Korean band LUCY who has 185,554 monthly listeners on Spotify, and Maddox, who has 80,097 monthly listeners on Spotify.

“The artists themselves were not benefitted at all, because there are quite a lot of small artists that needed Spotify to keep their music being listened to. Now that Kakao Entertainment has taken them off of Spotify, they lost one of their main sources of money through streams,” said Gireesh.

Bharatee is an avid listener of some of the most popular K-pop artists that were affected by the disagreement between Spotify and Kakao Entertainment. Monsta X, a boy idol group, has 2,409,861 monthly listeners, and Mamamoo, an idol girl group, has even more with 3,065,084 monthly listeners. Bharatee predicts that fans will respond with refusals to use Spotify until they somehow reinstate the music that was removed.

“The biggest inconvenience for me personally was that MonstaX and Mamamoo were taken away. They are both very popular and taking them off Spotify made a lot of fans angry. Stuff like this, where they make it difficult for people to access a certain genre of music for their gain, will cause more damage than good or whatever they intend to do. Even now, there are a lot of riots going on on Twitter, and clearly, people are very upset right now. I think the next phase will be boycotting Spotify; people will stop using it,” says Bharatee.

Like what Bharatee predicted, Gireesh has decided that she will no longer be using Spotify, not just in protest, but also to properly stream her favorite artists that are no longer on Spotify or have music that has been removed. There are a few alternatives to listen to K-pop with many artists available, and YouTube Music is one that not only has many artists, but they also pay their artists on their streams. Gireesh feels as though this alternative is stable and finds it, at times, even better.

“There are a lot of artists that I like that disappeared from Spotify, for instance, DPR LIVE, Jay Park, Chung Ha, and pretty much all of them are gone now. In response, I moved myself to YouTube Music, which is pretty great. It is a really good alternative, and it is honestly better because they have a lot more variety,” stated Gireesh.

Though she is a fan of music that isn’t generally owned by Kakao Entertainment, Akintola was affected enough to also go on a search for music streaming alternatives when she realized how much of her music had been removed from her playlists. Musi, the app that she decided to use as an alternative, works on Apple devices and allows listeners to stream any song from Youtube and create infinite playlists using the songs.

I am mostly an SM fan and SM songs did not get taken off, but I am also a really big Seventeen fan, whose music falls under the jurisdiction of Kakao Entertainment. Unfortunately, a lot of my playlists still lost about 30 minutes worth of music, so I decided to just completely use a different app called Musi because this is ridiculous,” states Akintola.

Akintola does not see this alternative, Musi, as a permanent switch. Both fans and artists are upset and Kakao Entertainment will lose money from international fans by limiting their artists’ accessibility. Fans have been retaliating and even threatening to sue, hoping that they will be able to convince Kakao Entertainment and Spotify to renew their contract.

“What I suspect will happen is that I think they will return the artists to Spotify. Even though the change would not mess up a lot of Korean fans’ music streaming, Spotify is a large source internationally. Kakao Entertainment is not international; you can’t use it if you don’t have a Korean phone number. This really hurts international fans and people are going to start boycotting their products and retaliate until they get their music back,” said Akintola.

What many fans and some artists have been asking and fighting for is beginning to come true. As of March 11th, according to both American [Billboard] and Korean [Naver] news sources, Kakao Entertainment and Spotify have agreed and have decided that at least some songs will be returned to Spotify for international streaming. Little by little, more and more songs are being reestablished onto Spotify, so far starting with the more popular artists that have been affected and removed. This just goes to show that the K-pop fandom is larger than many might think, and using their voices has paid off for them and their favorite artists.