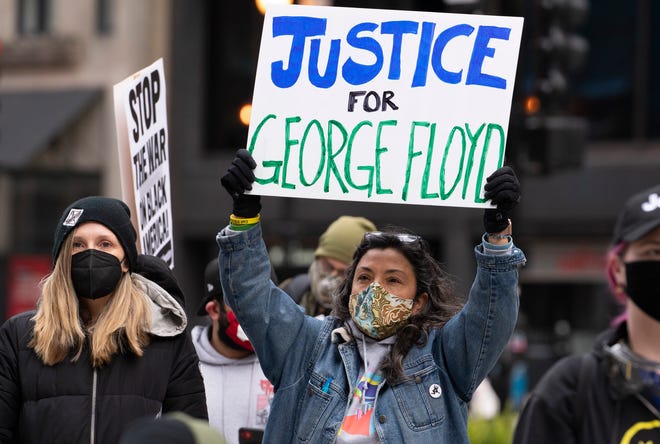 On April 20th, anxious Americans sat on the edge of their seats as they waited for the reading of the verdict in the case of George Floyd, who was killed at the hands of police in May of 2020. After hearing that former police officer, Derek Chauvin, was guilty on all three of the charges on which he was accused, African Americans across the country felt a sense of closure for themselves and George Floyd’s family. After a year of tension between police and marchers across the world, this gave many hope that a lack of accountability will be no longer.

The same narrative has been repeated multiple times, a lack of justice for those killed. Spanish teacher, Erica Williams, believes that the publicity of this case made a huge difference in how the situation was carried out.

“Even though this unfortunate incident was not the first incident of its kind, nor the last, this was a clear example of the unjust that has happened so many times, that it just simply could no longer be ignored. So I wasn’t surprised,” said Williams.

For many, an encounter with the police can be a harrowing experience as some have grown to fear for their own safety. Junior, Ella Hernandez, has witnessed this firsthand and hopes that this issue can finally be resolved.

“Because I grew up seeing the way police, and other authority figures in general, treated my parents differently. This case means a lot to me. It feels like a step in the right direction. I hope everyone can finally accept that there is an issue that needs to be addressed in America, along with necessary reparations and reform,” said Hernandez.

Many believed that if Chauvin wasn’t convicted of all of his charges that marches would break out, much like the world witnessed last summer. Junior, Kyah Branch, struggled to watch the case unfold in fear of reliving past emotions from when she first heard of the case.

“I couldn’t watch it. I tried in the beginning, but I just felt all of those emotions coming up from last summer, so I just read official summaries day by day online. Sadly, more public cases seem to get more attention, which is unfortunate to those that don’t get as much attention. That’s why it’s so important to continue to speak out on the injustices and wrongdoings surrounding law enforcement and the justice system,” said Branch.

Ultimately, this case gave hope to many in knowing that changes are being made. Many hope that other officers who cross a line will be held accountable for their actions in the future, and situations like the George Floyd case will be eliminated.