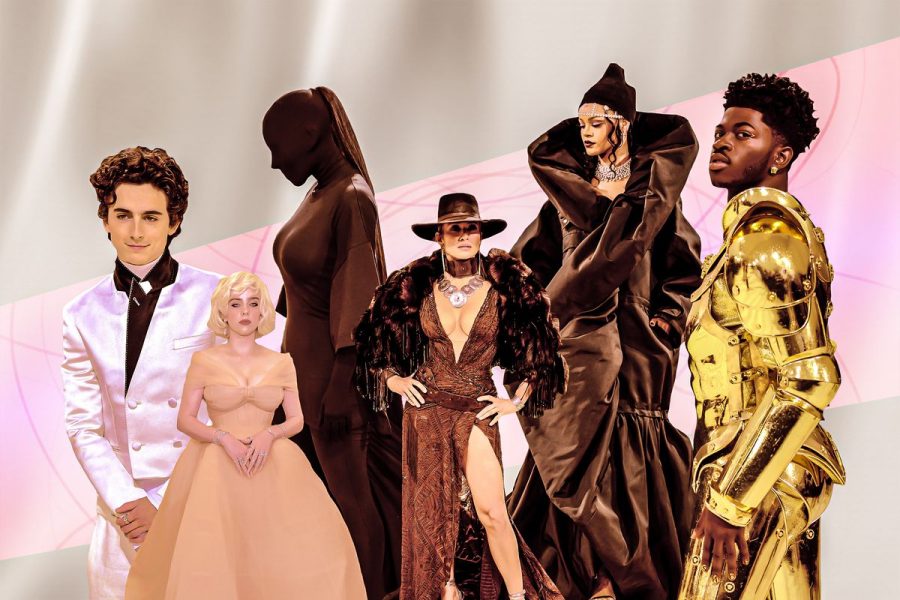 Many people look forward to the annual Met Gala due to the fun and unique fashions that are usually showcased at this prestige event. Every year the Met Galahas a theme the attendants are encouraged to follow. This year the theme for the event was America, and with last year’s event being canceled due to the ongoing pandemic, many celebrities were expected to go above and beyond what they did in previous years.

Many celebrities interpret the theme of the event differently with some strictly following the theme and others taking a more vague approach when it comes to the outfits they wear and some just doing their own thing and ignoring the theme completely. Some students feel as though there is no point in going to the Met gala if celebrities don’t follow the theme, however others feel as though the theme is just a suggestion and can be followed or ignored depending on the celebrity and the way their outfit looks.

Some students like junior, Savannah Steward, felt as though the theme should be strictly followed by those invited to the Met gala so that way the event had more of a similarity among the famous celebrities

“I like for looks to be very put together and classy and I don’t like looks that are tacky or colors that don’t go together. I think that all celebrities who are invited to the Met Gala should follow the theme because that’s the whole point,” Steward feels.

Other students like Senior and fashion club leader, Skylar Parker, felt as though the theme can be interpreted differently by everyone and be followed on various levels.

“I don’t think they have to follow the theme at all. It’s the Met Gala wear what you want that defines your fashion and creativity,” Parker stated.

This year some celebrities such as Congresswoman Alexandria Ocasio-Cortez, Rihanna, and Cara Delevingne used their looks to address social and political issues.  Some felt as though this was an appropriate place to address these issues due to the large number of people that would see the looks, however some felt as though it was inappropriate and tacky for them to acknowledge these issues on a night that is supposed to be filled with fun and fashion.

Fashion Club leader, Skylar Parker, continues to feel as though there were better ways to address these issues without bringing them to the MET gala.

“Social issues should not be addressed at the Met Gala because that’s just hideous like if you’re going to talk about social issues do it on your social media or somewhere else that is appropriate for speaking out about those things not necessarily the Met Gala because you’re trying to make a fashion statement not a social statement,”Parker stated.

While fashion is a form of art and can be interpreted differently by everyone who looks at it, many feel as though some celebrities dressed too casually or did not meet expectations when it came to their Met Gala fashions. Other celebrities went above and beyond many of their fans’ expectations and provided an extravagant look. Senior and fashion club member, Kiley Howard, felt as though the best looks of the night were from celebrities who stepped out of their comfort zone when it came to their everyday fashion.

“I would say my favorite look would be Billie Eilish because her dress was very beautiful and she showed her confidence by not wearing baggy clothing like she usually does. Even though her clothing is baggy it’s still stylish,”Howard said.

Many male celebrities who came to the Met Gala faced some controversy for just showing up in a black and white tuxedo. Some felt as though it was too basic for what some consider to be the biggest night in fashion. Many men in the past, such as the late Chadwick Boseman, have worn more extravagant outfits to the Met Gala and received praise for thinking outside the box when it came to their fashion looks.

Senior and Co-  President of fashion club, Pamela Tamo, thought the basic looks can ruin the night and hurt the integrity of the Met Gala.

This year influencers and social media stars such as Addison Rae and Emma Chamberlain were invited to the Met Gala. This caused some controversy because some felt as though some influencers took the spot of those who deserved the spot more.

Sophomore and fashion club member, Kayla Boyd, believes that influencers can be invited if they have fashion experience.

“Some influencers like Emma Chamberlain should be invited because she has a history in fashion. However others shouldn’t be because they have nothing to do with fashion. I feel like they were just invited for clout,” Boyd said.