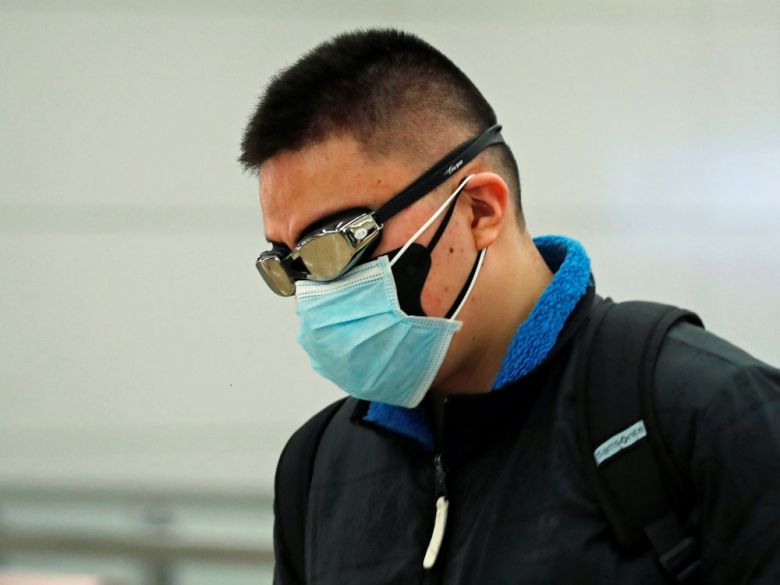 In parts of China, it is now mandatory for people to wear face masks in public.

Hypochondria is a mental illness in which a person fears they are developing a serious, potentially life-threatening disease. Those afflicted have been known to purposefully avoid contact with sick and sometimes even healthy people. According to Everyday Health, a website dedicated to information that promotes wellness, 2 to 5 percent of the population suffers from this disease. Modern media coverage about outbreaks and epidemics certainly doesn’t do anything to alleviate this phobia, especially in the case of today’s Coronavirus.

The Coronavirus is a zoonotic disease, meaning it can spread from animals to people. This can happen either by consumption, fecal contamination, or by animal bites. The CDC recently shut down Huanan Seafood Wholesale Market in Wuhan, China, which they believe the Coronavirus originated from. Symptoms include fever, cough, and shortness of breath. People with weakened immune systems are especially vulnerable to the disease, as well as children or the elderly.

While the Coronavirus is becoming a major issue in China and their neighboring countries, the situation in other countries is relatively minor. 804 cases have been confirmed outside of China, 60 of these being in the U.S., and 3 deaths in the Philippines, Japan, and France. But fear of the virus seems to be more widespread than the actual disease.

Conspiracy theories are consistently arising, replacing the truth in many cases. One such scenario is when Senator Tom Cotton of Arkansas claimed the coronavirus had “four possible origins,” one such being that China was engineering a bioweapon, and a breach occured. Cotton stands by his statement despite the fact that the CDC claims they already found the origin of the new coronavirus outbreak – which happens to not be a biochemical lab.

“We know it didn’t originate in the Wuhan food market based on the study of Chinese scientists. I’m not saying where it started, I don’t know. We don’t know because the Chinese Communist Party (CCP) won’t open up to international experts,” claimed Cotton in an interview with Fox News.

The Coronavirus is a relatively old disease, being discovered in the 1960s, and that the study he cited, published in the medical journal The Lancet, confirms it’s origins in the Huanan Seafood Market, without any mention of a potential breach in a bio-research facility.

Xenophobia, or showing racism or prejudice against people from other countries, has also recently seen a surge as the coronavirus crisis fans anti-Chinese sentiment. From the U.S. to Vietnam, incidents have occurred that are reportedly offensive to Chinese people, and businesses have gone as far as barring Chinese people from shopping there.

Sensationalist media outlets have recently come under fire for several stories critics say inspire racism and irrational fear to Chinese people. One example is when French Newspaper Le Courrier Picard published a story headlined “Alerte Jaune,” which translates to “Yellow Alert.” In America, flyers falsely labelled with the WHO logo were distributed urging citizens to avoid businesses that are Chinese-owned or serves Chinese food, like Panda Express. A pastor from Florida, Rick Wiles, even claimed that Coronavirus was God’s punishment on mankind for their sins, and that it started in China due to their lack of religious freedom.

Boyan Liu is a Sophomore at Lake Ridge, and also a Chinese American. He claims that he hasn’t personally been the victim of prejudice against Chinese Americans. Liu claimed that several people have teased him about the Coronavirus in jokes.

“My friends have been joking around, saying that I brought the virus to the U.S.. But I don’t believe anyone has discriminated against me in a real way, other than jokes. I didn’t think it was xenophobic because I didn’t detect any sort of malicious intent behind it, but I do believe there are certain real cases of xenophobia going on right now because of the Coronavirus,” said Liu.

Videos and photos have surfaced from Wuhan and other affected areas of government workers in biohazard suits dragging civilians out of their homes that are suspected of being infected with Coronavirus. In China, it is now mandatory that anyone in public must wear a medical mask. The fear mongering that reigns the media coverage of the Coronavirus has resulted in the unnecessary fear that now surrounds the virus and Chinese people all around the world. Even though coronavirus is extremely contagious, a far more severe and sometimes even lethal disease spreads: fear.