The Fall of a Falcon and The Rise of a King 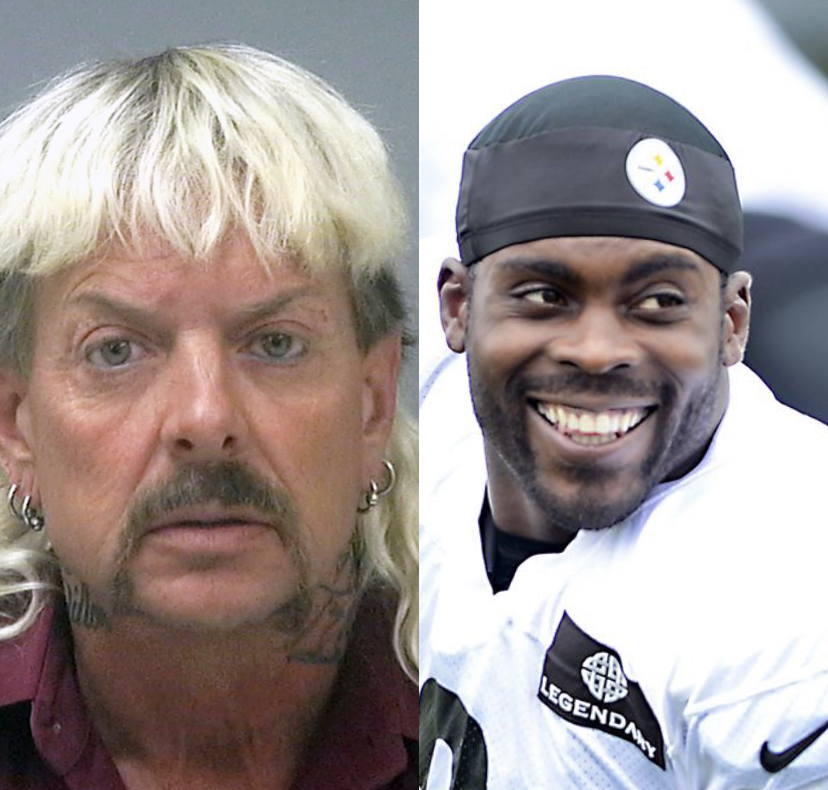 Before there was a Joe Exotic, there was a Michael Vick. Both guilty of animal abuse, but are thought of differently.

Netflix recently released a new documentary called Tiger King: Murder, Mayhem, and Madness. In the documentary Joseph Maldonado-Passage, better known as “Joe Exotic,” was exposed for killing five tigers, to make room for other cats at his alleged tiger sanctuary. During his court appearance many witnesses testified that he sold and trafficked tigers and other endangered species and also falsified government documents to hide his activities in violation of federal laws.

Similar to Joe Exotic, NFL star, Michael Vick was charged and convicted of animal abuse in 2008. According to a U.S. Department of Agriculture report in April of 2007, Vick and two other friends hung approximately three dogs who did not perform well in an illegal dog fight. Also according to the report, Vick drowned approximately three dogs by holding the dogs’ heads in a five gallon bucket of water.

While both men were charged with doing the similar things, abusing animals, Exotic has received more praise from some on social media while Vick was labeled as a monster. Junior Taelyn Echols believes that Exotic got off easier in the media’s eyes because of what he let them see.

“I think Joe Exotic got more praise because people wanted to see more of the tigers so they ignored the abuse side. I think Vick got so much hate because there is more of a stigma around dog fights due to people seeing them as pets instead of just wild animals,” Echols said, “I think with dog fighting you see more of the animals getting hurt rather than with Joe Exotic’s zoo where you only see people playing with tigers and not really the abuse side of it. People are going to react to what they see and Joe did nasty stuff as well as Vick but he was just better at hiding it.”

Junior Corey Steed believes that Vick received more of a backlash because of his status as a popular NFL star.

“Vick got more hate because he is more popular and held to a higher standard than Joe. People wouldn’t normally expect to see these actions from someone that people looked up to so people were probably hurt to see this from someone they liked,” Steed said, “ I also think that the show helped Joe’s case because people look past it because it’s easier to accept something when there is a sense of humor behind it.”

Some believe that Exotic’s crime was shielded by the Netflix documentary which caused less controversy. Football Coach Anthony Sheppard believes Netflix didn’t provide all of the details of Joe’s animal abuse.

“Netflix really didn’t show the gruesome details of what Joe Exotic did and we only really heard about it. So I think that those edits made Joe look like less of a monster,” Sheppard said.“ Meanwhile, Michael Vick was a well known star quarterback, drafted #1, and signed a $130 million contract. Kids all over America looked up to him so this was one of the biggest falls in sports history.”

In a reaction to both of these incidents of animal abuse there has been a growing public out cry over both itinerant tiger exhibits and dog fighting. Special Agent Phillip Land of the U.S. Fish and Wildlife Service said in a 2020 National Geographic interview that his agency will do everything they can to stop this from happening again and continue to “vigorously investigate wildlife crime.”