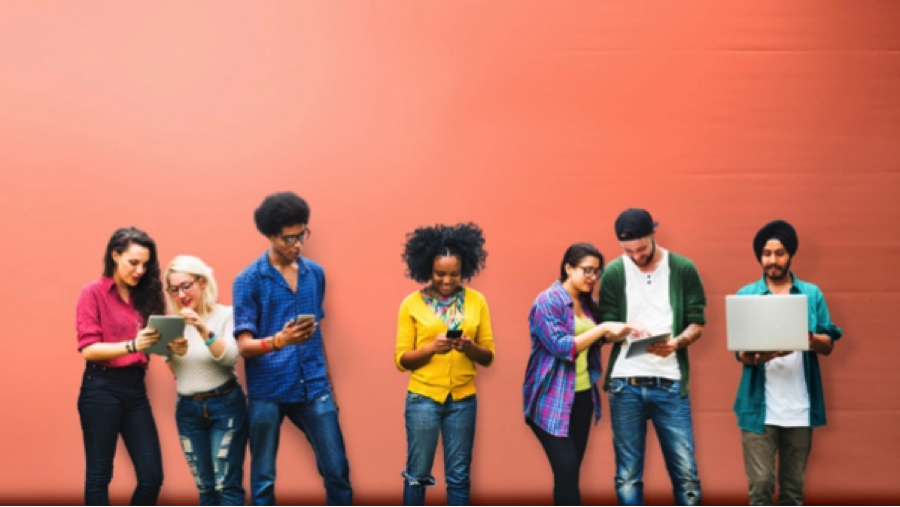 They grew up with the internet and social media. They grew up watching Disney’s Hannah Montana and listening to up and coming pop artists, like Taylor Swift and Rihanna. They are Generation Z.

Generation Z includes all people born within 1997 to the early 2010’s. According to an article published by Business Insider, Generation Z is one of the most ethnically diverse and largest generations in American history, making up roughly 27% of the population. Gen-Z is much more than the technology addicted teenagers that they are presumed to be.

A common mistake many people make when discussing Gen-Z is lumping them together with their predecessors, the Millennials. However, the two generations are very distinct in their differences. Millennials are known for being team players; whereas, Generation Z are much more self-sufficient. Sarah Cole, junior and Gen-Zer, believes her generation is much more bold and self-determining.

“I think some of the key characteristics that define our generation include being very independent and autonomous. Many of us are less scared to stand up for what we truly believe in, no matter if it goes against what we were taught from a young age. Our generation is very much unafraid of going against the herd,” Cole said.

“One difference between Millennials and our generation, is 9/11. We are the first generation that doesn’t remember that event and how it directly changed the way society in the US functioned and the way people viewed others. I also think that technology is a huge factor in how our generation differs from others. Most of our lives, we grew up having the internet, always knowing what’s happening, and constantly taking in the media. That also makes us one of the most diverse and culturally understanding generations. I think we’re more open to things such as same-sex or interracial marriages, more accepting of the LGBTQ+ community and less xenophobic,” said Byrne.

The goals that people have for their lives are often what keep them motivated. One defining characteristic to describe Gen-Z would be that they are goal oriented. This generation is defined by their goals and will do what it takes to achieve them. Junior and Gen-Zer, Jaspinder Malhi, is driven to be successful in order to make her family proud.

“Some of my  goals in life are to graduate from college and have a successful career. Teenagers from the previous generation are much more concerned about travel or accumulating material items, but I grew up in a family of immigrants. My parents left India because they wanted to give me and my siblings a chance at a good life, so I want them to be proud of me. I, much like my peers, am driven to be successful in my career path,” Malhi said.

Criticism is a fact of life. Gen-Z is not an exception, receiving disapproval for their use of technology and social media. Older generations see them as unfocused, or in some cases lazy. Cole admits that while technology and the internet has played a major part in the shaping of her generation, she does not see it as a negative.

“One common criticism about our generation is that we are all lazy, and addicted to our phones. I have heard so much negativity from older generations when it comes to technology and its role in our lives, and I find it quite obnoxious. While I won’t argue that technology has been a major aspect of our lives while growing up, I truly do not see where the issue with that is. We have so much more information at our disposal now than ever before, and while many think that makes us lazy, I completely disagree. I think it just makes us more efficient in what we do. We can spread our ideas and thoughts on the internet with the click of a button, and I think that is truly amazing,” said Cole.

Byrne agrees with her classmate. She believes that the connections technology has made possible has shaped her generation to become a much more welcoming and imaginative generation.

Generation Z is defined by their historically-diverse and accepting traits. They are defined by their independence and autonomy. They grew up alongside technology and social media, and while some view that as negative, people within this generation see it as a plus and a way to stay connected and informed.